Each year, we feature the top 10 stories of the year. This year, we are including stories that were only online. They are noted as online only. Even so, nine out of 10 were in print. The top stories were determined by the ones with the most views online. 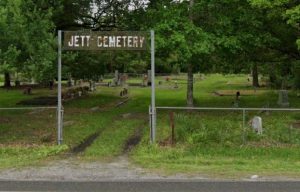 Mike Louviere revisited the Ralph Ramos’ articles on an interview with Mrs. Eugenia Peveto recollection of an event that occurred when she was only a young teenager; the murder of her aunt and two cousins in their home three miles west of Orange on Adams Bayou.

Jesse Griffin of Vidor, 29, was placed under arrest and charged with intoxication manslaughter. He has been charged with two counts of intoxication manslaughter. The preliminary DPS crash investigation indicated the westbound traffic on the Interstate was stopped due to an earlier crash.  The driver of a GMC pickup truck was traveling westbound on IH-10, failed to control his speed and sideswiped a Hyundai passenger vehicle.  The GMC then rear-ended a Ford pickup truck which caused a chain-reaction crash involving three additional vehicles. 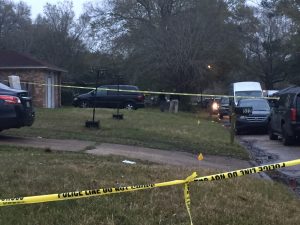 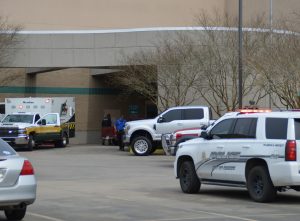 A woman, reported to be the mother of the child, told officers she was unaware the hospital emergency room was closed. Nurses from the Infusion Clinic in operations at the campus did immediately began medical care to sustain the child until first responders arrived.

The case has been turned over the Orange County Sheriff’s Office as the incident causing the distress for the infant happened outside of Orange City limits. 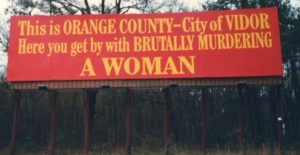 Mike Louviere writes about the billboard in Vidor concerning the murder of a young lady named Kathy Page. Irish writer and director Martin McDonagh was traveling through Texas on a Greyhound bus nearly 20 years ago inspiring a movie. 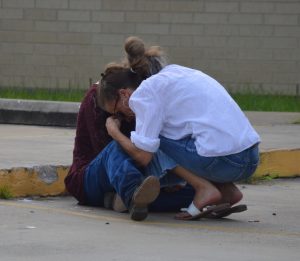 What should have been the happiest day of their lives, a couple died in a wreck just moments after getting married. Justice of the Peace 3 Joy Dubose-Simonton, after pronouncing the couple husband and wife, had to pronounce Harley Morgan, 19, and his wife, Rhiannon Boudreaux Morgan, 20, dead. Both were from Vidor.

Tragically, it ended sooner than anyone thought when a truck struck the young couple’s car on State Hwy. 87 by the Orange County Airport on Friday afternoon in August. 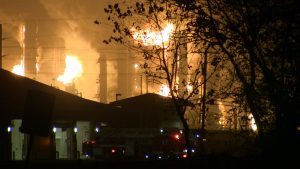 An explosion at TPC in Port Neches in Jefferson County shook houses well into the City of Orange at approximately 1 a.m. TPC said the explosion involved a processing unit and requested assistance from Port Neches Fire Department and Huntsman. 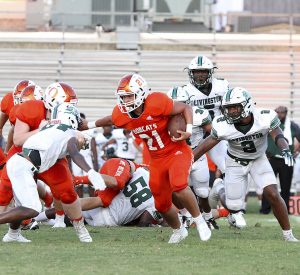 The University Interscholastic League announced their cutoffs for each classification for the upcoming district realignments that will come the first Monday in February.

All of the schools across Texas turned in their enrollment numbers in October and the UIL broke them down and adjusted their numbers.

Of course, most everyone knows that the football season is broken down into division 1s and 2s with the exception of Class 6A.

One thing for certain, this year’s numbers certainly changed things up for Orange County schools. 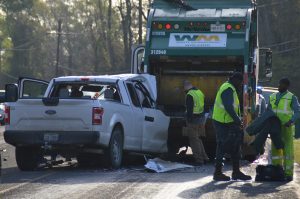 A garbage truck worker suffered serious leg injuries when a Ford F-150 pick-up truck struck the back of a garbage truck operated by Waste at the 4700 block of Old Hwy. 90 in Orange.

The two men working at the rear of the truck observed the pick-up truck approaching from behind.

They realized that a collision was imminent and jumped clear of the vehicles.

At the instant of the collision the 40-old male, who had jumped away, was struck by a piece of flying debris.

This resulted in a severe injury to his lower leg. 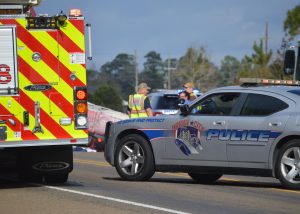 Interstate-10 west bound at Simmons is closed for three to four hours for clean up causing traffic back up into... read more