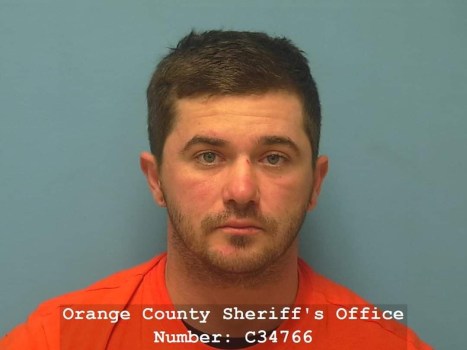 At approximately 5 a.m., the Texas Department of Public Safety (DPS) Troopers responded to a six vehicle crash on Interstate 10, near Adams Bayou, in Orange County.
The preliminary DPS crash investigation indicates that westbound traffic on the Interstate was stopped due to an earlier crash.  The driver of a GMC pickup truck was traveling westbound on IH-10, failed to control his speed and sideswiped a Hyundai passenger vehicle.  The GMC then rear-ended a Ford pickup truck which caused a chain-reaction crash involving three additional vehicles.
The driver of the Ford, 40-year-old Vernon Morris of Mississippi, and the passenger, 45-year-old Alvin Beck also of Mississippi, were both pronounced deceased by Justice of the Peace Rodney Price at the scene.
The drivers of all other vehicles were not seriously injured, but were transported to local hospitals for observation.
At the crash scene, Troopers observed several signs of intoxication exhibited by the driver of the GMC pickup truck.  Troopers conducted an investigation and found the driver to be intoxicated.
At that time, 29-year-old Jesse Griffin of Vidor, was placed under arrest and charged with intoxication manslaughter.  Griffin was medically cleared before he was transported to the Orange County jail.
He has been charged with two counts of intoxication manslaughter.
All westbound traffic lanes were closed for several hours, but have since reopened to traffic.
All information is preliminary as Troopers continue to investigate this fatal crash.