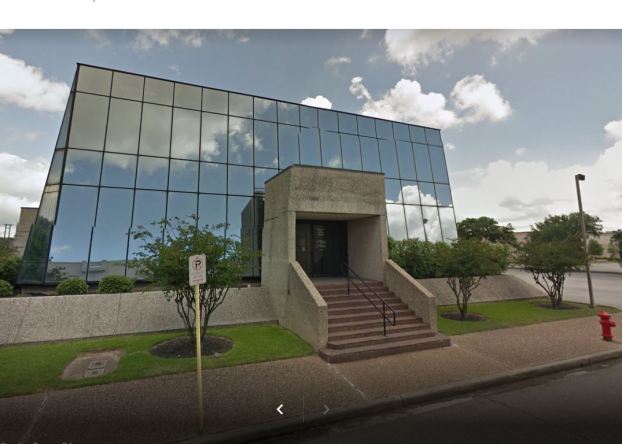 And Now You Know: Orange National Bank, then and now

Orange National Bank opened for business in a space on the ground floor of the Bancroft Building on Fifth Street. George W. Bancroft served as the first president.

By April 1907, business had grown so that the bank moved to occupy a corner room of the Bancroft Building.

Business continued to grow, and the bank needed another location.

In 1952, there was a remodeling of the bank and an open house was held on a Saturday afternoon in August to “show off” the improvements.

E.W. Brown, Jr. was chairman of the board at that time and remarked to those assembled that “Ours was one of the soundest banks in the nation through the depression years.”

The bank had weathered the depression by doing what one of the few banks in the nation had been able to do; the bank had placed no limitations on withdrawals.

The opening year of business boasted some of the leading citizens of Orange as bank officers. In addition to Bancroft as president, W.D. Bettis was Vice President, and James E. Roach was the Cashier. The board of directors included George M. Sells, Harry Crager, C.M. Rein, D.G. Petry, W.D. Bettis, Bancroft and Roach.

In 1952, the only remaining active member of the original staff was the current bank president, George M. Sells.

The original staff in 1902 had only been 13 employees. In 1952, there were 33 employees servicing the business needs of 8,000 individual depositors.

The remodel in 1952 brought modern conveniences for the bank’s customers. Customers entered the bank by passing through the elegant columns at the front of the bank to the entrance. The main doors at the entrance opened almost effortlessly into the air-conditioned main foyer. Surrounding the foyer in a vast circle were the executive offices and the teller cages.

The interior wall behind the teller cages was a large, colorful mural depicting the “Industrial Might of the Sabine Area.”

The design of the bank had been done by architect George Livesay.

A 24-hour walkup depository had been added to the bank so that depositors could drop their deposits in the depository instead of entering the bank and standing in line to see a teller. Another benefit of the depository was that business owners could deposit their day’s receipts after their shops closed for the day.

The bank had opened a mail in service for deposits whereby customers could mail their checks to the bank for deposit.

Beginning in the mid-1950s, the bank installed two drive in windows added to the back of the bank. There was also a drive-up night depository added.

1958 saw the bank adding numbers to the accounts and assigning numbers to new accounts. This was preparation for the coming of computers to the business. In 1965, bookkeeping was put on computer.

In 1960, Traylor Sells retired as president and Howard Peterson became president in October. Peterson died suddenly in November 1963. After his death Brown, who had acquired a majority, sold the bank to John McDonald.

By 1964, the bank had acquired the property from Fifth Street to Fourth Street, except for a small corner at Fifth Street and Green Avenue.

In August 1967, McDonald sold the bank to Bill Ladin of Houston. Bank ownership was no longer local.

The bank changed status to a state bank in December 1970 and the name changed to Orange Bank.

Ownership changed again in the mid-70s when the bank was bought by Vincent Kickerville.

Under Kickerville’s ownership a new bank building was built and opened in October 1979. The new building was of more modern construction, resembling a glass pyramid with the top chopped off.

Drive in windows were added to the back of the new building, with the customers still using pneumatic tubes.

In December 1981, an open house was held in the new bank to celebrate 80 continuous years of doing business in Orange.

Kickerville sold the bank in October 1989 to a group of local investors. The new group opened a branch bank across from Northway Shopping Center on 16th Street in May 1993.

New Orleans based Hibernia Bank bought Orange Bank in 1996. Hibernia operated the bank until Hibernia was acquired by Capital One Bank in 2005.

Capital One Bank closed its bank buildings in Orange. The legacy of Orange National Bank continues in Orange at an ATM location in front of the former branch building on 16th Street.

Nutrition plays a large role in a horse’s energy level, performance, and overall health. There are many feed and treat... read more