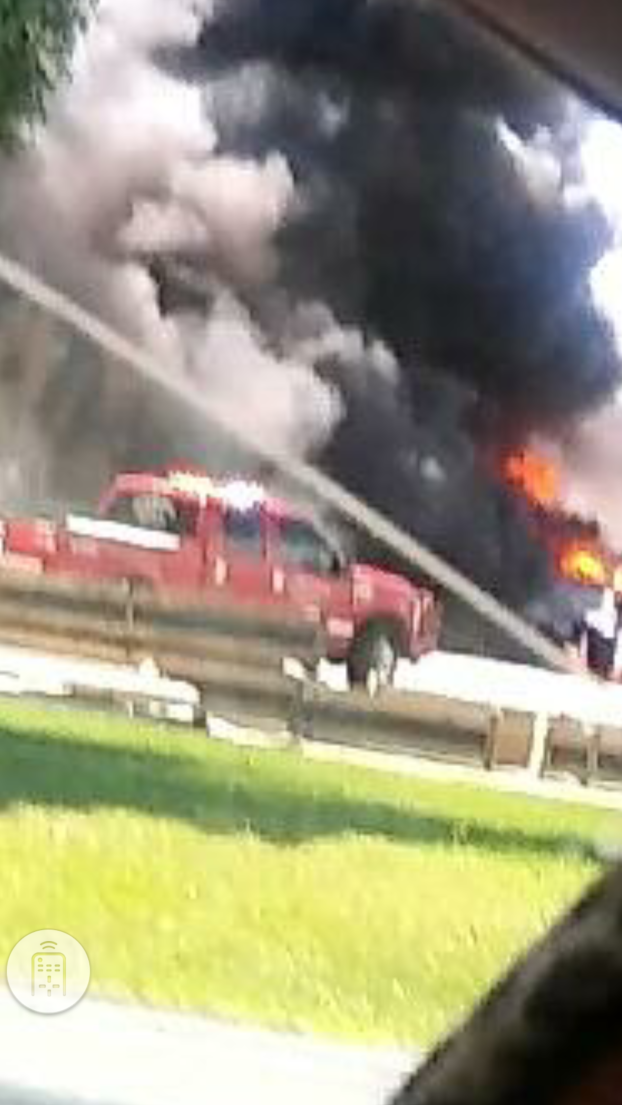 A pick-up truck was on fire shortly after 2 p.m. on Thursday at LC-M High School.

Little Cypress Fire Department received a call at the LC-M High School in reference to a truck on fire. When Fire Personnel arrived on scene they found a fully engulfed Chevrolet truck belonging to Chance Stanley on fire in the parking lot.

The vehicle was parked in the parking lot and no one was around but construction workers.

According to fire personnel on scene, the fire seems to may have been caused by some type of electrical malfunction.

No injuries were reported by the fire.