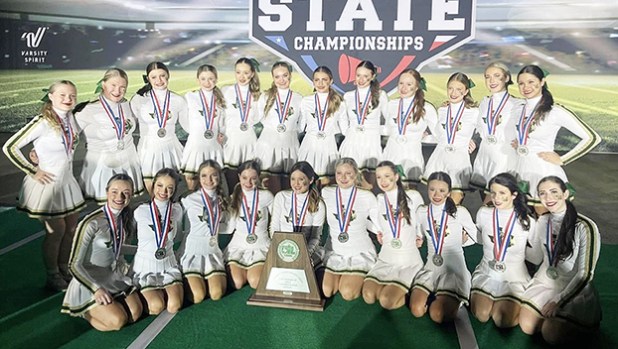 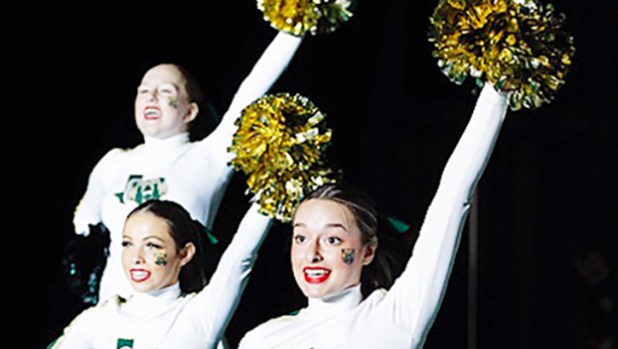 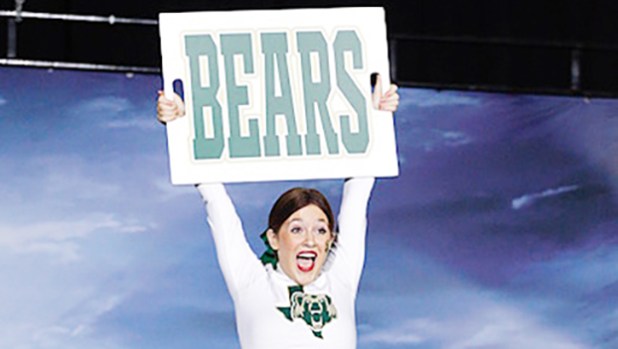 LITTLE CYPRESS — It is an exciting start to 2023 for the Little Cypress-Mauriceville cheerleading squad, which placed second at the UIL State Spirit Competition in Fort Worth.

“There were so many tears of joy and satisfaction for them in what they accomplished,” coach Brandy Cricchio said.

The 22-member squad competed in the 4A division against 49 teams in the preliminary round, showing off their school spirit. Squads are judged on the ability to make game day an exciting and engaging event for fans.

Competition consists of three categories: band chant, crowd leading and fight song, and the top 20 teams from each division move onto the final round, the state championship.

“Placing second in state is definitely a huge accomplishment and is an experience our team will never forget,” said Paige Brown, senior and head cheerleader. “This season, our team was hardworking and full of talent, so it felt great to be able to perform the routine and even better to be rewarded second place.”

Junior Brooklyn Elliot heard announcers calling out the top 10 teams and began to get nervous.

“But I knew we just went out on the floor and performed the best full out that we have done all year.,” said says.

Elliot said as more squads were announced the anticipation grew.

“When the announcers called out ‘Orange Little Cypress Mauriceville High School’ for second place, I was in awe,” she said. It was the most incredible feeling. The feeling of all the hard work we had put in had paid off.”

The girls learned the routine in August and have been practicing ever since for the competition.

“We worked countless hours, five days a week, during our breaks and sometimes on weekends,” Elliot said. “The practices were very hard and draining, but 100 percent worth the win.”

The squad placed sixth at the competition last year and were ecstatic, but Cricchio says it drove them to set a goal of medaling this year.

“They worked tirelessly for 5-1/2 months through injuries and illnesses to achieve that goal,” she said. “These ladies were so gracious and humble in placing second in the state. That silver medal to them was as good as a gold medal. There were so many tears of joy and satisfaction for them in what they accomplished.”

The UIL State Spirit Competition, according to Cricchio, is equivalent to winning the state football championship.

“They receive the same exact trophy and medals, so to place second and receive those silver medals and trophy was the proudest moment for every one of us,” Cricchio said.

For anyone who questions whether or not cheerleaders are true “athletes,” Cricchio says come watch them work out.

“These athletes are some of the most disciplined and strong young adults I have seen of any sport,” she said. :Not only do they have to lift 100 pounds or more human beings in the air, they have to do it while yelling, jumping and keeping all motions. In addition to that, they also tumble throughout a routine, either standing or running tumbling.”

Cheerleading is a passion for these girls. Winning is just the icing on the cake.

“I love being a cheerleader, because nothing beats the adrenaline rush when performing in front of a crowd,” Brown said. “I have been performing cheer routines on stage for 12 years, and the feeling never gets old. I love seeing an entire community come together to support our school district, it’s an amazing, overwhelming feeling.”