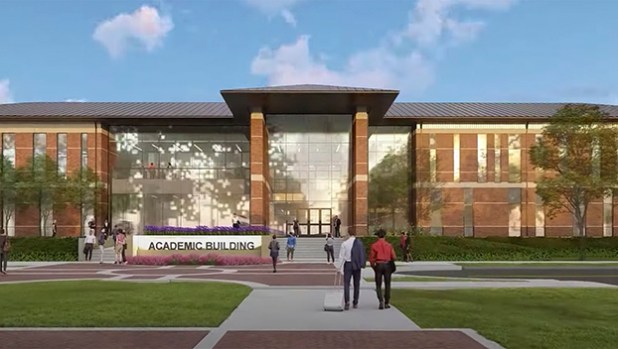 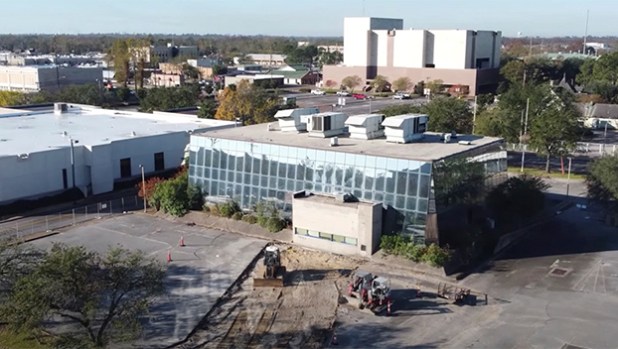 A skyline view shows where a Capital One bank building once stood, which was demolished to make room for a new Academic Building for Lamar State College Orange. (Courtesy photo) 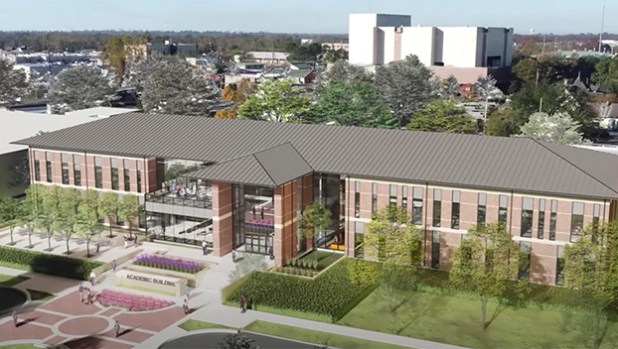 A skyline view shows where the new Academic Building for Lamar State College Orange will sit on Downtown. (Courtesy photo) 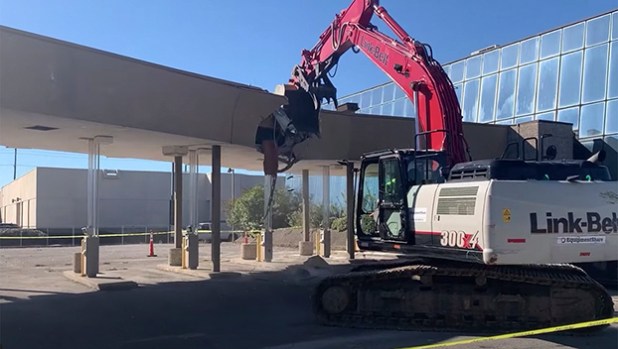 Demolition is shown of a Capital One bank building at the southwest corner of West Green Avenue and North Fourth Street. This is where new construction will locate.(Courtesy photo) 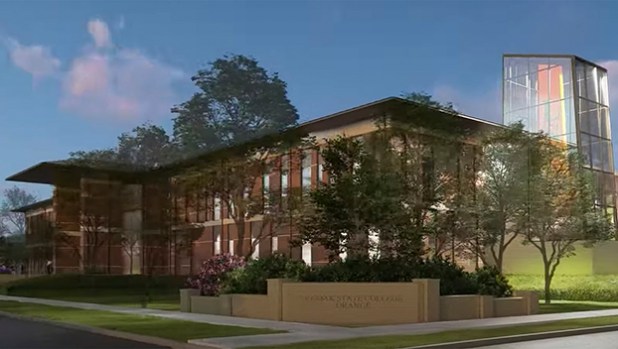 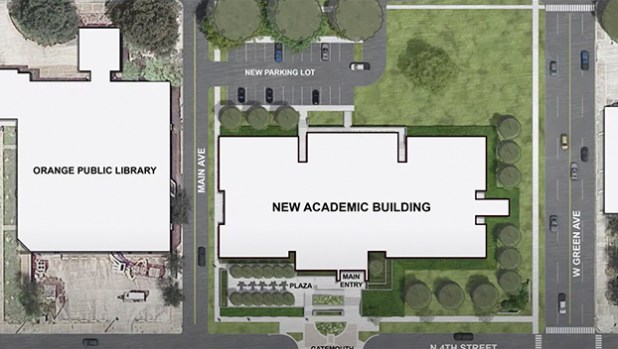 The new Academic Building will locate next to the Orange Public Library. (Courtesy photo)

An architectural video provides a sneak peek into the future of Downtown Orange.

The two-and-a-half minute rendering will soon become a reality after the Texas State University System Board of Regents recently approved the design development document for the new Academic Building for Lamar State College Orange.

Construction is scheduled to commence in March 2023, and substantial completion is anticipated by August 2024.

The building’s funding, $37.4 million, has been provided by the Texas Legislature.

According to LSCO President Dr. Tom Johnson, this new building will allow the college a state-of-the-art space to increase learning opportunities for all students.

“This building will communicate that, at LSCO, we continue to look for ways to make a difference in our students’ lives,” Johnson said. “We are also making an investment in downtown Orange, for which we are proud to call home.”

The project construction is located at the site of the previous Capital One bank building at the southwest corner of West Green Avenue and North Fourth Street. It will sit next to LSCO’s Gatemouth Plaza, which was completed in Fall of 2021.

Both floors will feature large student gathering and lobby spaces, as well as men’s and women’s restrooms. The front lobby space will be viewable via the second floor from an open concept mezzanine.

The second floor will open up to an approximately 730 square feet terrace, providing spectacular views along Gatemouth plaza.

The building will include a glass stair tower visible from both directions of Green Avenue, showcasing how the future of LSCO is bright orange.

The architect/engineer for the project is PBK Architects, Inc.

According to college officials, the New Academic Building is the centerpiece of the campus, merging academic laboratory spaces, Information Technology Services and administrative office suites.

The $38,148,217 budget represents the college’s best estimate of project costs at this stage of design, based upon estimates reconciled between the architect/engineer’s cost estimate and the construction manager-at-risk.