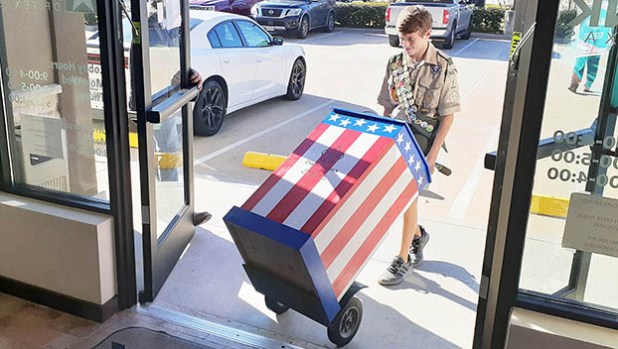 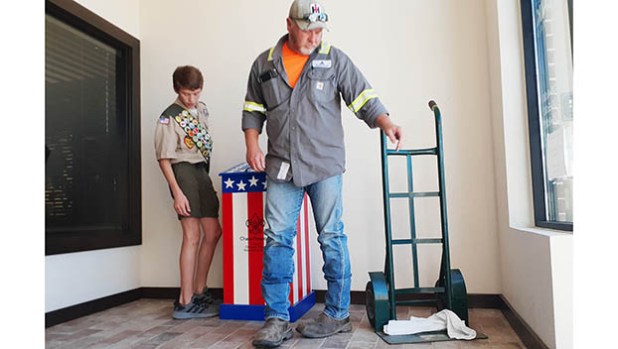 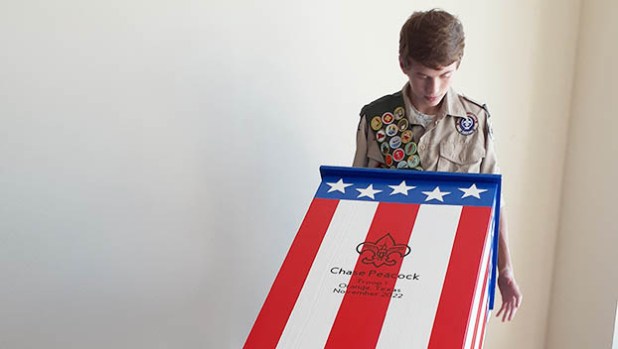 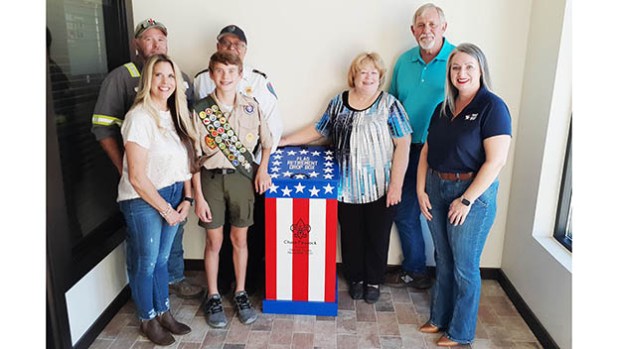 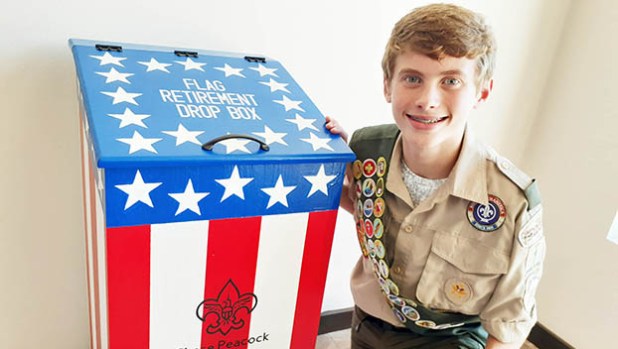 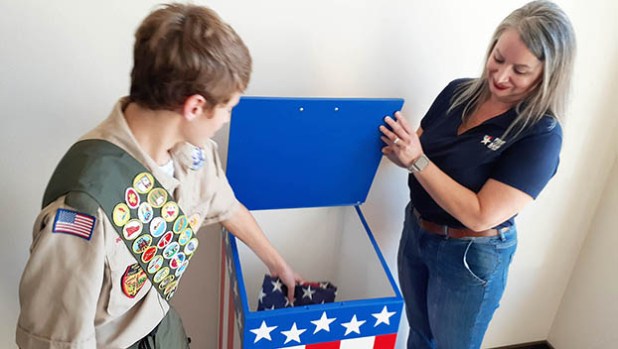 It takes Chase Peacock approximately two weeks to put the boxes together.

The 13-year-old Little Cypress Junior High student said there is a similar but smaller box in his house that inspired the design.

On Thursday, he brought the project to First State Bank of Texas in Orange, where it serves as a flag retirement box.

The Boy Scout is completing his conservation work to earn Life Rank, which is the final rank before Eagle Scout.

With Veteran’s Day on Nov. 11, Sarah Briggs, VP-retail banking manager, said First State Bank of Texas wanted to create a space where our flag, “which is a symbol of honor, courage, and the strength of our nation,” could be dropped off, to later be retired in a dignified manner.

“We have partnered with Chase’s Troop in the past, and I am happy to now be able to provide this opportunity to the community, as well,” Briggs said.

Briggs also shared First State Bank of Texas is recognizing those who have served the nation with a new Freedom Checking account.

It is available to those who have gallantly fought and selflessly sacrificed for others’ freedoms.

“As we fully support our troops, we have also begun the process of creating Veteran parking at each of our branches,” Briggs said.

Chase is passionate about the project because he is proud to live in a country that has many freedoms.

“This is my way of giving back and making sure proper respect is given to our flags, since they represent all the freedoms we have and are a remembrance to soldiers who fought for these freedoms,” he said.

Chase is an active member of Troop 1 in Orange. His Scoutmaster is Billy Kratzer.

His troop was established in 1921.