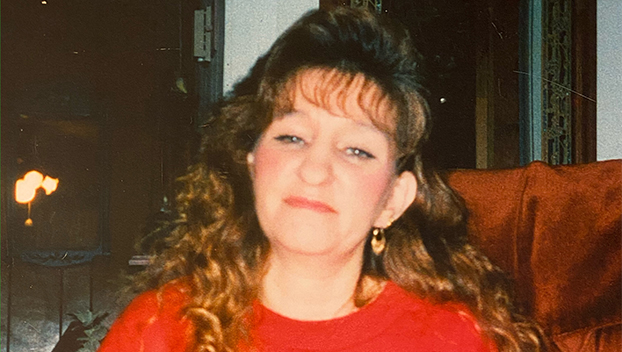 “When I was younger I always felt on high alert wondering if he was going to come back and kill me. I hardly went anywhere due to anxiety. I was always looking over my shoulder. I was used to counting escape routes as soon as I walked in a building,” 40-year-old Emily Ross recalls.

On May 16, 1997, Ross’s entire world changed when her mother, Sugie Vasquez, was murdered by the hands of her father, Rogelio Guerra Vasquez, in Orange.

Sugie was a victim of domestic violence. Emily was just 14 at the time.

“I don’t remember when it didn’t happen,” Ross says. “My whole childhood he always told her if she ever left, he was going to kill her.”

Ross says the worst of the violence would happen on Friday nights after her father would go out drinking. 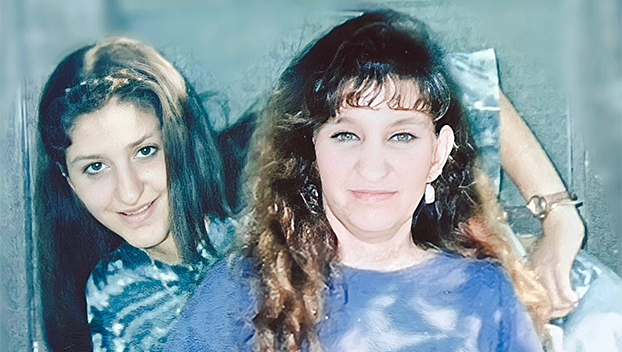 Emily Ross and her mother, Sugie Vasquez, are seen before May 16, 1997, when Vasquez was killed by her husband, Rogelio Guerra Vasquez, in Orange.

“He controlled her every move. She was bound by the corners of the yard. Back then, there was no Internet, no social anything, so she was completely isolated,” Ross says. “She wasn’t allowed to have friends, not allowed to leave the yard.”

The control also trickled down to Emily and her siblings.

“I don’t remember ever going anywhere. We never ate out. We were sheltered,” Ross says.

Despite the abuse, Ross says her mother got up every day putting on a full face of makeup and fixing her hair, even though she knew she wouldn’t leave the house.

“I don’t know how she did it to be honest with you,” Ross says. “Maybe the routine she had was her way of having something that was hers.”

“He took the most important person away from me,” Ross says.

As she got older, she realized she was giving all of this power and control to someone she simply didn’t have any connection with.

“I took my power back, this is my life and I get to write it,” Ross says. 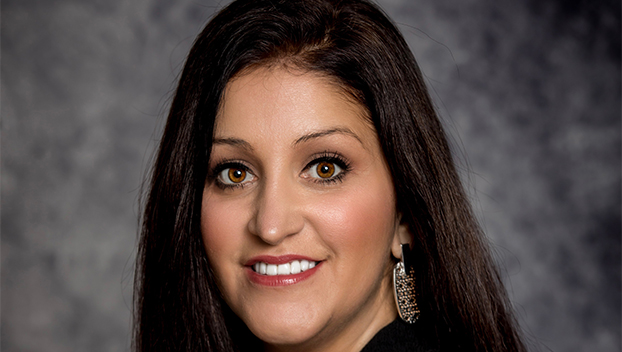 Emily Ross launched the Sugie Lane Foundation this year to honor her mother and provide help to domestic abuse survivors.

One way she took the power back was by starting the Sugie Lane Foundation in honor of her mother and to help other victims of domestic violence.

“I couldn’t let that be the end of it, her legacy be murdered,” Ross says. “I realized I could make something positive out of this unfathomable tragedy. I felt a deep sense of responsibility to make a difference in the lives of all the Sugie’s we will never know.”

Ross says while working on a military base in North Carolina as a Victim’s Advocate, she would share her mom’s story with the victims she encountered.

“I could tell they didn’t want to hear it,” she says, “but I prayed it might spark something in them to leave.”

She hopes through the Sugie Lane Foundation, she can help even more people.

“This is going to help me heal me at the same time. I don’t have that closure, with him being caught, so this is my moving forward with healing for my closure, to help other people.”

The Sugie Lane Foundation provides numerous services for victims of domestic abuse from emergency financial assistance to help find counseling and even paying for things like dance lessons and sports activities.

“We will walk the journey with these vulnerable families from despair to hope, like I did these 25 years,” Ross says. “These children are fresh reminders of the challenges that face the silent, under-served victims of domestic violence homicide. Sugie Lane Foundation sees to the basic yet critical needs of these children and provides normalcy in their lives so they can experience the lost joys of childhood.”

Through Starla’s Legacy program, the foundation’s goal is to assist with the needs of the entire family, including family pets, which are often unnoticed victims of domestic abuse.

“Starla, my mom’s dog was the bridge between me and the loss of my mother,” Ross says. “Pets are the normalcy after a tragedy to help bridge the gap between loved ones and lost ones. My goal is to help bridge that gap.”

The program provides long-term foster care for pets while victims of domestic violence receive shelter assistance and ultimately reunite them with their loved ones.

“Currently, in Southeast Texas, only service and emotional support animals are allowed at some domestic violence shelters,” Ross said. “This foster program is an essential step in helping victims of domestic violence feel confident in leaving an abusive situation knowing their pets will be safely fostered.”

The website Sugielane.org went live this May, on the 25th anniversary of Sugie’s murder and eight days later on Sugie’s birthday, Ross announced the first event, Girls Night Out Domestic Violence Banquet, scheduled for Oct. 1 at the Orange County Convention and Expo Center.

The event is planned from 7 to 11 p.m. and features Comedian Jeff Jo and Platinum Plus Bartending.

For more information and to purchase tickets visit sugielane.planningpod.com.

October is Domestic Violence Awareness Month, and Ross hopes the fundraiser propels the foundation forward and allows her to begin truly making a difference in the lives of those who are victims of domestic violence.

“I was her voice when she was alive and will continue to be her voice and other victims’ voices,” Ross says.

For more information on the foundation, visit sugielane.org.