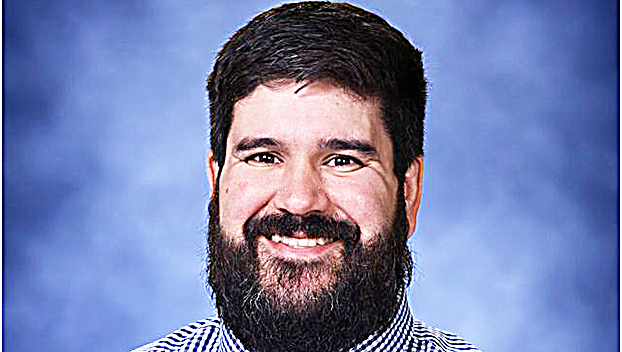 David Mire is an educator, but he admits the students don’t normally like to see him during the course of the school day.

Because of that, Mire told Orange Newsmedia, he makes it a point to engage students and staff in the hallways and cafeteria.

He likes to ask students about football practice, volleyball or band. In August, he just wants to know how school is treating them.

That was his routine Aug. 18 when in the cafeteria.

It was going normal, he said, visiting students and speaking with coach Sarah Nash about volleyball tryouts.

“Then this student runs up to me and kind of turns his back, pointing to his throat,” Mire said. “I could tell something wasn’t right. He wasn’t making any noises, coughing or anything. He was very much in distress. At that point it kind of clicked, ‘hey, I think he is choking.’”

Mire wrapped his arms around the eighth grade student and gave him the heimlich maneuver a couple of times.

Then, the student started coughing.

“We gave him a couple of pats on the back to try and help loosen it up,” Mire said. “Sure enough, it did. The kid wanted to go sit back down and finish lunch. I wanted to have nurse Sandy (Frye) take a look at him. We walked him down to her office, and she checked his airway, checked his breathing and called his folks.”

As the story goes, the student was eating when someone said something funny and he started laughing. That is what he choked on.

“I told him the next day at lunch, ‘you’re not allowed to laugh anymore. We’re going to cut that out if this is what happens,’” according to Mire. “He did the right thing. He knew something was not right. He was in distress, and I happened to be in the right place at the right time. I didn’t have much time to think, just kind of reacted. Luckily, the training stuck with me.”

Mire doesn’t think many students in the cafeteria even realized what was going on while it was happening.

“It was literally 10, 15 seconds, then it was over, from the time he ran up to me to the time we were walking to the nurse’s office,” Mire said. “I don’t think anybody really had anytime to react to it.”

Mire brought the student’s lunch tray to him while he was in the nurse’s office and waiting for his folks.

That is when it kind of sunk in: he has just preformed the heimlich maneuver on a choking student during lunch break.

“We didn’t have a whole lot of time to think about it while it was happening,” he said. “I just knew a kid was in trouble.”

A few days after the fact when we talked, I asked Mire if he chewed his own food a little different that night.

“A little bit,” he joked. “I made sure not to laugh while I was eating. That was for sure. I’ve got kids of my own that are younger, and we used to cut up their food to make sure they didn’t choke on stuff. It’s something you don’t think about.

“With (this student), he just happened to laugh at the right time or wrong time and it happened to get lodged. The same situation may happen a hundred times and he may not choke 99 percent of the time. This happened to be the one that he did.”

Thankfully, there was a disciplinarian on duty.