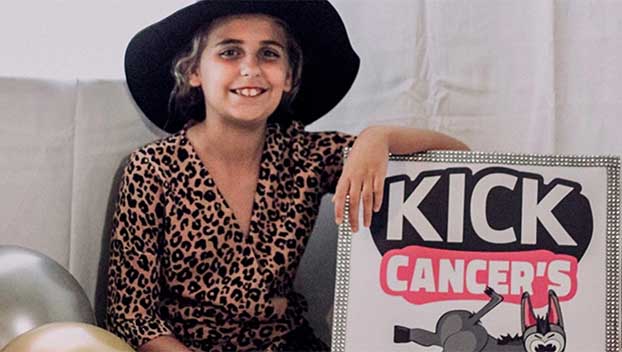 The scene played out like something from a Lifetime movie on Thursday morning.

Except this was no script. This was real life, with the human spirit and power of determination unfolding in a Texas Children’s Hospital room.

Her daughter, Bella, was still sleeping but connected to all types of machines to help her breathe and fight off a debilitating infection.

“I went over there by her bedside table and started talking to her like I do every morning,” Nichole said. “The first thing she started doing was crying. She had tears running down her cheeks. Her eyes weren’t really open but she could hear me. I asked her to squeeze my hand and she would. The poor girl was probably wondering, ‘what is happening?’”

It had been five days since the mother and daughter spoke. And what a five days it had been.

Things were finally looking up last week, prompting the ladies to drive from Tennessee back to Southeast Texas.

They arrived before daybreak Saturday. It was only a couple hours later that Bella complained of pains from the feeding tube in her stomach.

She went into cardiac arrest and had to be resuscitated before being rushed to the Medical Center of Southeast Texas. From there, she was life-flighted to Texas Children’s Hospital.

It was touch and go over the next five days. Bella suffered cardiac arrest four more times. Twice, doctors told Nichole it was time to contact family members because Bella might night survive much longer.

Yet, she did. In fact, many of the medical professionals at Texas Children’s remarked that no one as young and as sick as Bella was expected to pull through due to the damages done by multiple rounds of chemotherapy.

Yet, here was Nichole explaining to Bella on a Thursday morning why a tube was down her throat helping her breathe.

“She has all these machines helping her; she doesn’t have to do any work,” Nichole remembers explaining. “I told her to not be scared. She finally started to open her eyes. She started blinking them, moving them all around to get an idea of where she was. She locked eyes with me, and tears were just running down her face. I would like to believe those were happy tears, that she could see me and know I was right there with her.”

Nichole asked Bella if she was in pain, to which Bella was able to shake her head, “no.” Bella mouthed the words, “I love you.”

“It was beautiful,” Nichole remembers.

Still, Nichole remembers her worst fears from the week before.

“I was very scared,” she said. “We were all scared. I didn’t think we would get to this point.”

She has defied many odds, but a very long road remains ahead. Basically, doctors must determine what kind of damage has been done due to Bella going through complete organ failure over the past week.

Thankfully, Bella is starting to make her own white blood cells that actually help the antibiotics fight off her infection.

“That has been the biggest positive for us,” Nichole said. “That is what we have really been praying for since Day 1. Her body is finally able to do that.

“Because she went into cardiac arrest five times, we still don’t know what activity functions were damaged.”

Yes, the questions and unknowns still far outweigh the certainty for this Southeast Texas girl, but her relentless spirit remains.

Bella, you are forever in our hearts and prayers.

Those who would like to learn more or support Bella’s recovery effort can log onto gofundme.com and search “Fighting brain cancer with Bella.”