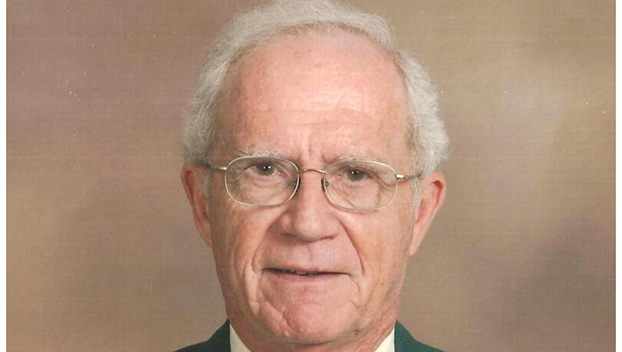 Jerry worked for DuPont Chemical Company, for over forty years, before retiring.

In his retirement years, he was an amazing volunteer.

He was a board member for Southeast Texas Hospice and a faithful member of the Knights of Columbus Council 13825.

He devoted hours of his time to both St. Francis of Assisi Church and St. Mary Catholic School.

You could catch him serving at the Knights of Columbus Lenten Fish Fries or fixing whatever he could, at St. Mary Catholic School.

He was a member of the Lone Star Packards Club, in Houston, and loved antique cars.

He was preceded in death by his parents and his wife, Nancy.

He loved all of his kids and grands, including his grand-canine, CiCi McAulay.

He is survived by his brother James Ehrman and his wife, MaryAnn, of Baltimore, Maryland, and many nieces, nephews, grandnieces, and grandnephews.

In lieu of flowers, donations may be made to St. Mary Catholic School in Orange, St. Francis of Assisi Church in Orange, or Southeast Texas Hospice in Orange.

A private interment will be later.A

rrangements are under the direction of Dorman Funeral Home.