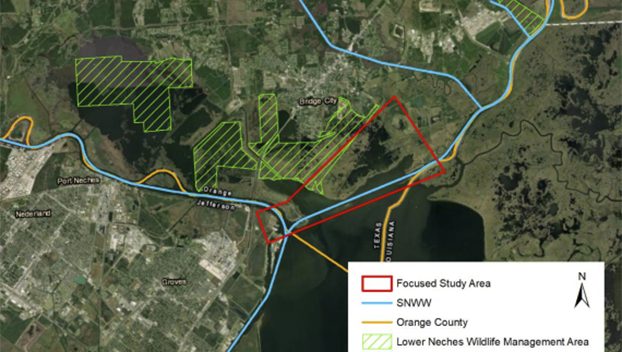 As it is written now, the federal funding includes $500,000 to the United States Army Corps of Engineers construction account for Hickory Cove Marsh and Living Shoreline’s Beneficial Use of Dredged Material Pilot Program.

This project supports coastal resilience along the Gulf Coast, reduces storm damage to property and infrastructure and restores marsh habitations north of the Sabine River.

According to Weber’s office, the project would also reduce the costs of dredged material placement by using it as fill material to produce a public economic and environmental benefit.

Anyone in our area knows these Southeast Texas projects, including Hickory Cove Marsh, are critical to the future.

“Our ports and waterways are essential to the economy, carrying products to consumers across the country and sending our exports worldwide,” Weber said. “This infrastructure must be properly maintained, and given the tremendous backlog of work in our district, I am humbled by the opportunity to work within the congressional appropriations process to deliver wins for Texas.”

So does this mean the check is in the mail?

The team at the congressman’s office outlined the next stage in the process, which is approval by the full Appropriations Committee, “ideally with no changes to the action taken by the subcommittee.”

When the bill is passed by the full committee, it’s scheduled for floor consideration, giving the entire Congress the opportunity to weigh in.

If they approve the bill, it’s forwarded to the Senate.

No one thinks that is a sure thing, and Weber was quick to point out that Congress’ goal should be a return to “regular order” so the timely funding of government is not treated cavalierly.

“Massive, omnibus appropriation bills that are lumped together into unreadable tomes that leave Members with virtually no time to fully research what is included in bills that we are expected to vote on, or continuing resolutions that mindlessly continue funding from previous fiscal years because Congress can’t — or won’t — do its work in the time allotted, is unacceptable behavior by our federal elected representatives,” he said.

The work of the House Appropriations Subcommittee includes numerous other regional projects.

The Waterway is the USA’s leading energy exporter and No. 1 exporter of liquefied natural gas.

“No single project can do more for Texas and the rest of the United States now than the Sabine—Neches Waterway Channel Improvement Project,” Weber said.

“This project will boost regional economic development, create high-paying jobs, and enhance the long-term sustainability of the U.S. and its global energy supply,” Weber said.

“By utilizing data analytics tools to improve cybersecurity, this project ensures that Texas will continue to lead the nation in reliable energy production.”