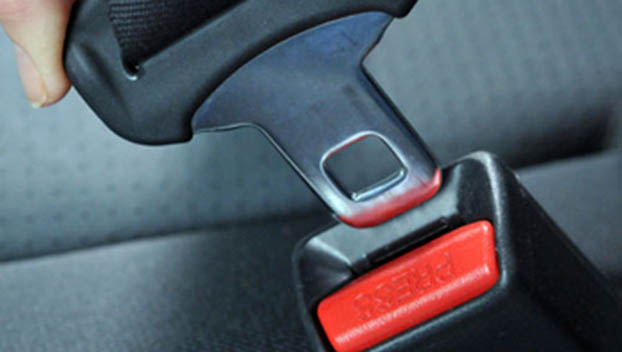 Some of us and plenty of our friends and neighbors are hitting the road this weekend for short and long drives in conjunction with Memorial Day.

Three-day weekends are special, and just about everyone could use a little time off.

That means more people on the roads, especially heavy-traffic areas like Interstate 10, where there will be plenty of action across the Texas/Louisiana state line.

Naturally, the Texas Department of Public Safety and Louisiana State Police have been putting out the word that you better be wearing a seatbelt this weekend.

These police agencies and plenty of others are deploying extra resources on local roads to spot and ticket those choosing to stay unbuckled while driving.

The sad fact is this is not just some annoying overstep by busybody cops. It’s actually a concerted effort by law enforcement with a single goal in mind: saving your life or the life of someone you love.

When discussing roadside tragedy, the Texas Department of Transportation is quick to point out that it has been more than 20 years since authorities recorded a day in Texas with a death caused by car crash of some kind.

The cumulative statics are downright scary.

Nov. 7, 2022, marked 21 years of daily deaths on Texas roadways with more than 75,000 innocent lives lost to preventable fatal crashes. For the past several years, approximately 10 people have died every day in crashes in the state. During the height of the pandemic when traffic dropped nearly 50 percent, the death rate climbed to more than 11 a day, shocking state transportation leaders, according to TxDOT.

The pandemic didn’t stop these tragedies from occurring, and high gas prices aren’t doing anything to seemingly curtail road travel, so the threat remains.

Through Monday, the Texas Highway Patrol is participating in Click It or Ticket, as well as Operation CARE (Crash Awareness Reduction Effort). Troopers are also spending extra time watching for drivers not complying with the state’s Move Over, Slow Down law.

During the 2021 Memorial Day campaign, Troopers issued more than 115,700 citations and warnings. This includes 6,513 citations for speeding; 1,860 for no insurance; and more than 1,200 citations for individuals without seat belt or child seat restraints. DPS also arrested 445 people on DWI charges.

For those of us in Orange County or Southeast Texas with plans to head east, the story is the same one state over.

The goal is for more motorists to wear seat belts and understand wearing a seat belt is the best defense against injury in the event of a crash.

Louisiana officials are reporting that fatal and serious injury crashes have increased dramatically compared to 2021.

Nearly 60 percent of the fatalities on Louisiana’s roads involved unrestrained drivers and passengers. 75 percent of unrestrained child passengers under the age of 6 who were killed in crashes were unrestrained. Fatal crashes involving our young adults (ages 15-24) increased by 32 percent.

The thing is, none of these efforts by police are going to impact numskulls who continue to operate or ride in motor vehicles without a seatbelt.

Our best bet there is good, old-fashioned peer pressure.

The next time you get a vehicle and your loved one or friend doesn’t put on a seatbelt, make a scene. Call out the inherent buffoonery or selfishness of such a decision. If he or she continues to ignore the law and yourself, consider not riding with that person.

You’re not being a jerk; just trying to save the life of someone important. That’s something that should be remembered this Memorial Day or any other day of the year.