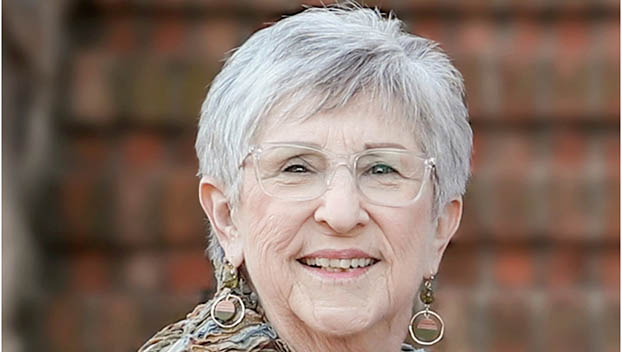 Friends and family are invited to gather for a visitation on Wednesday, April 20, 2022 from 5:00 pm to 8:00 pm at Memory Gardens Funeral Home in Corpus Christi, Texas.

Funeral service will be held on Thursday, April 21, 2022 at Mount Olive Lutheran Church at 10:00 am with Pastors Kevin Jennings and Tom Haas officiating. Procession will follow to Memory Gardens Cemetery for interment.

Myrtie was born in Lake Charles, Louisiana on May 19, 1947 to Oris Lee Passmore and Louise “Beesie” Passmore.

She was raised with her three sisters, and graduated from Vinton High School in 1965.

Many memories were made in her small town as she was very involved in school and community activities. She was active in the VHS choir ensembles and trio, cheerleading, journalism, and played basketball.

She was voted Football Sweetheart her Senior year.  Following graduation, she completed certification to become a legal secretary. She worked with a Law firm before beginning her nearly 43 year career with Dupont Sabine River Works in Orange, Texas in the Purchasing and Human Resources departments.

During her residence in Orange, Texas, she met and then married her husband on August 31, 1975. The two were married 46 years and were active in their community and congregation at Grace Lutheran Church.

Many serene moments were spent camping and fishing at Lake Sam Rayburn, as well as RV travels and adventures to Hawaii and Alaska. After her retirement in 2013, Myrtie and her husband relocated to Corpus Christi, Texas where their daughter and son-in-law reside to enjoy many family activities with their two granddaughters.

They remained involved in the congregation of Mount Olive Lutheran Church and sharing their faith in the Lord with others. They also continued their love of the outdoors retreating to their lake home on Lake Corpus Christi, as well as attending many dance and band performances, school activities and football games to watch their granddaughters.

Myrtie filled her days, and many nights, creating beautiful handmade works of crochet, needlework and quilts. Her heart was poured into the creation of each project that she has shared with so many.

Myrtie was preceded in death by her parents; sisters, Elizabeth Fuller and Jeanie Hill; niece, Robin Theriot; and nephews, Ricky Theriot and Thomas Boland Hill; and other extended family members.

Contributions can be made to MD Anderson Cancer Center to support research and invest in education.