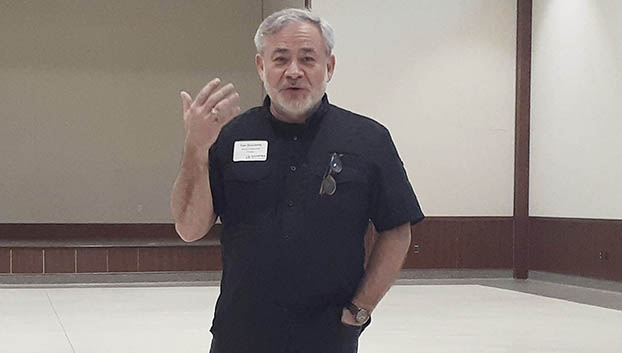 The news was positive this week for a pair of LNG projects that surround Orange County and offer the prospects of new jobs and economy stimulation.

A final decision on the ultimate local investment of Port Arthur LNG might not come until 2023, but there is building optimism in the projected effort’s long-term success, company officials said.

Brouillette, who previously served as U.S. Secretary of Energy, told Orange Newsmedia recent moves from European entities backing away from Russian gas deliveries has upped the profile of the Port Arthur project.

“I think it is exciting for the people who live in Port Arthur, Texas, because there will be a bunch of jobs come that way,” he said of the proposed project. “It is exciting for us, as a company, because this is what we do for a living. It creates value for our owners and our shareholders. It is a great opportunity for Sempra Infrastructure, but it is a great opportunity for America.” 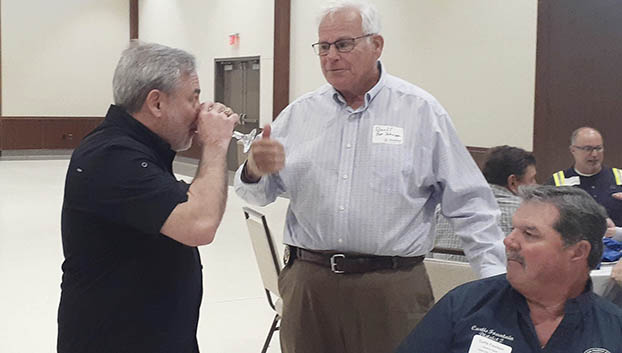 The proposed multi-billion dollar export terminal would be Sempra’s only project in North America to be built from the ground up, according to a report from S&P Global. Projections include bringing 3,000 jobs to the area during peak construction and the creation of 200 permanent jobs.

However, construction cannot begin until the final investment decision is made.

“What’s going to happen is, if all things work out and we have good commercial conversations and negotiations, you’ll start to see a series of pronouncements about contracts being signed,” Brouillette said. “And that gas is going to come from Port Arthur. Once we have contracts in place, once we have finances in place, we’ll see an announcement on a final investment decision.”

Work that began in November 2019 included the relocation of 3.5 miles of Texas 87 in Sabine Pass. During that time, the company installed 956,000 tons of crushed rock, 81,000 feet of pipeline and added almost 12,000 feet of silt fencing. It also has provided upgrades to the city’s waterline.

According to McInnis, potential LNG customers are expressing interest with the project’s current permitting stage.

During a visit to Lake Charles this week, Brouillette spoke of plans to expand the Cameron LNG facility and allow for another train to export 6.75 million tons per year of liquefied natural gas.

Brouillette said permits were recently filed with the Federal Regulatory Energy Commission on the expansion. Sempra has asked FERC to complete the permit process by the end of the year.

“We’re hopeful that if they can give us a permit in the first part of next year, we can move to final investment decision quickly after that,” he said. “We’re ready to go.”

The three trains at the Cameron LNG facility are already exporting 11 to 12 million tons of LNG annually at full capacity, he said. The expansion, Brouillette said, is being pushed because the world market continues to demand liquefied natural gas and natural gas.

Brouillette said the number of new jobs related to the expansion depends on the schedule and timing of the facility. The Cameron LNG website mentioned the expansion adding 1,500 on-site engineering and construction jobs and 69 permanent jobs to operate the facilities.

“It’s going to be a significant number; it’s quite an expansion,” he said.

Partners with Cameron LNG are the Paris-based TotalEnergies and Mitsubishi and Mitsui out of Tokyo. Those companies take the gas being liquefied and export it worldwide.

Brouillette said the strategic petroleum reserve is not designed to impact the price of fuel. It’s intended to protect Americans from a supply disruption.

Brouillette responded to groups opposed to LNG facilities, saying that natural gas is used as a base load fuel to generate electricity and is cleaner than coal, another base load fuel. He said the extent of replacing coal in developing countries with natural gas is a plus for the environment.

Brouillette also mentioned a permanent carbon storage facility in Hackberry that is currently in development. He said it would be able to store up to 4 million tons of carbon annually. Permits have been filed with the state and federal Environmental Protection Agencies.

“If we can capture the carbon off of our own facility, it will lessen the impact dramatically of our facility,” he said. “It allows us to go to other partners in this region, the refineries for instance, and do the same thing.”

John Guidroz of the American Press in Lake Charles, Louisiana, contributed this report.