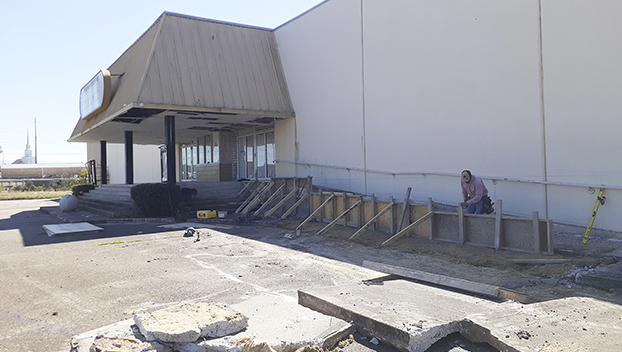 Work is underway at the old movie theater on Bowling Lane, which is being renovated by Orange Community Players. (Stephen Hemelt/The Leader)

Paul Burch feels every community should have an active theater effort because it brings people together.

“Art is always great for your mind,” he said. “It’s a way for those of us who couldn’t get to New York to continue to do theater and the things we love and perform for people. It keeps the love going.”

Burch, who serves as president of Orange Community Players, is helping lead the renovation of the old movie theater on Bowling Lane.

Those who pass the by the community landmark can see work underway in an effort organizers hope shapes community theater in the county for decades to come.

“It is going to be great,” Burch said. “Beaumont Community Players did the same thing, except theirs is much larger. They are guiding us on things they did that made their building successful. We’re going to do the same thing.”

Burch is confident in the project’s eventual success, noting Orange Community Players have been in existence for approximately 70 years due to love and support from many.

“It is community-driven,” he said. “I know they will continue to support it. It’s going to open the doors and progress on for years to come.” 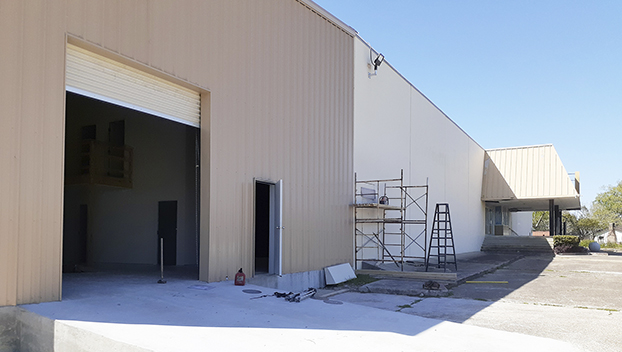 The first step of the old movie theater renovation will be the construction of a black box studio theater, providing more versatile options. (Stephen Hemelt/The Leader)

For $500, a name can be listed on the donor wall in the lobby; for $1,000, a chair with a name engraved will be installed; and there are two naming opportunities for $15,000 at the concession stand box office.

There are $25,000 naming opportunities for projectors and the lighting & sound package.

black box/studio theater and $100,000 for the main stage theater.

Those interested in donating or who want to learn more about the project are asked to log onto ocplayers.org or call 409-206-0392.

Codie Vasquez, who serves as the theater board vice president, has been involved with Orange Community Players since 2005, when a friend mentioned a summer camp that seemed appropriate for her then 10-year-old son.

“Then, there was a production that needed extra children in it,” she remembers. “From there, my husband, myself and my son all got involved. Maybe about two or three years after that I was elected to the board.”

She calls community theater an island for misfits that is welcoming to all children and adults who might not find a home in athletics or academic groups. She stressed everyone is welcome and there is plenty to do for those who do not desire to be on stage.

She said the best part of the renovated venue is its inclusion of a black box theater and a main stage theater.

“The black box  studio theater will be more versatile with more intimate settings,” Vasquez said. “Obviously, we’ll be able to run more performances because we’ll have rehearsal space for two different performances at a time.” 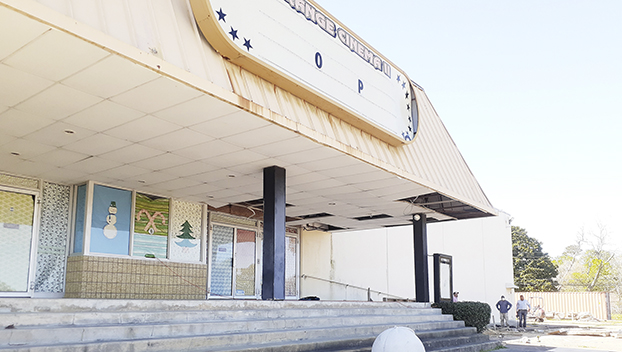 Johnnie Faye Jeff Hattman was instrumental in starting and keeping the theater group going. The building will be renamed in her honor.

She started her teaching career at Cove Elementary and ended it 34 years later at Little Cypress Mauriceville High School, where she directed 12 musicals and 12 one-act plays.

Hattman was one of the founding members of Orange Community Players in 1951, where she directed “Hello Dolly,” “Music Man,” “Quilters,” the entire “Nunsense” series, “Joseph and the Amazing Technicolor Dreamcoat,” “South Pacific” and many others, all of this with her husband, Sam’s, tireless support.

The production group was housed at its previous location on Division Avenue from 1960 to 2017.

ASK A COP — What type of parked vehicle…