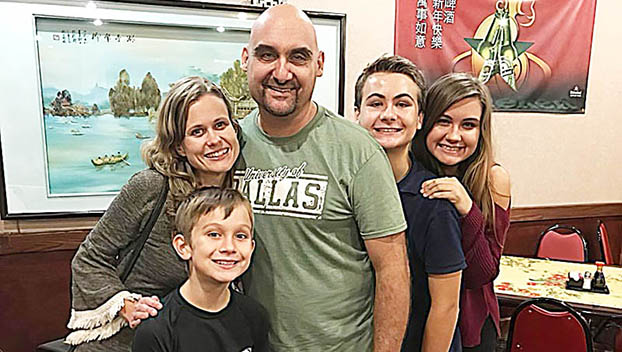 An upstart running company is planning a community race in honor of Shannon Larson, pictured with loved ones, in May, which is Brain Cancer Awareness Month.

“(The race) all begins with Shannon Larson, our friend who’s 49-years-old and has brain cancer and he is really into rock music,” said Mike Moss, 3 Bros Running Company Race Director. “And brain cancer is taking that away from him, so another way to honor him is the race.

“The race is going to incorporate (rock music) with a music themed shirt and the metals are going to be rock inspired. He’s really big on music and we want to bring that out.” 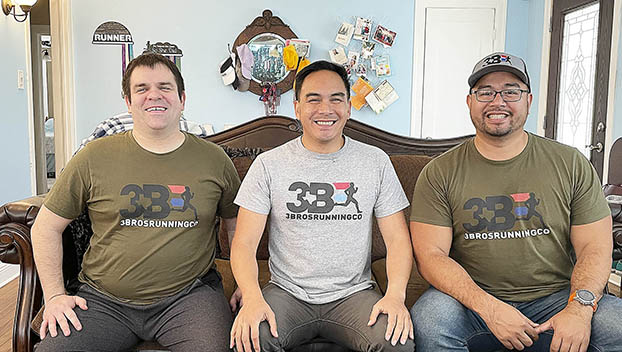 According to the 3 Bros website, Larson has worked as a counselor, teacher and vice principal in Southeast Texas, where he has lived all his life.

Larson, first diagnosed in 2001, is currently at a grade 3 stage.

“So far we raised close to $700 on there,” said Jeremy Fermo of 3 Bros Running Company. “Even though we are a for profit, we are still doing a lot of good—promoting the race, promoting the education because that’s what Shannon told us to do.”

Organizers want Shannon Larson’s Run to be successful so it can become an annual event.

The course is yet to be finalized.

3 Bros, established in January, wants to grow its business while supporting the community and local economy.

“We’re about bringing big city race experiences to smaller cities across Texas,” CEO William Fermo said. “The way we want to do that is not only bringing people to do our race, but we want them to do everything in the city afterwards.

Jeremy Fermo, who serves as marketing director, said the company is about telling stories in the communities which host the races.

“We want to tell the story of Orange and show the businesses, showcase the restaurants, tourist attractions, so they’re interested in coming to Orange and running our race,” he said. “We’re also telling the story of our business.”

The race is in May because it’s Brain Cancer Awareness Month. The approaching event allows organizers to present Larson with a gift during the event.

“We want to give him hope for the race,” Jeremy Fermo said. “He needs hope, because right now the doctor said ‘there’s nothing more we can do for you.’”

3 Bros said before the company’s founding, they still ran as a group. While Jeremy and William Fermo are brothers by blood, Mike Moss is not, but they are united as a family through their love of running.