STEPHEN HEMELT — Orange wall mural could be beginning of something special 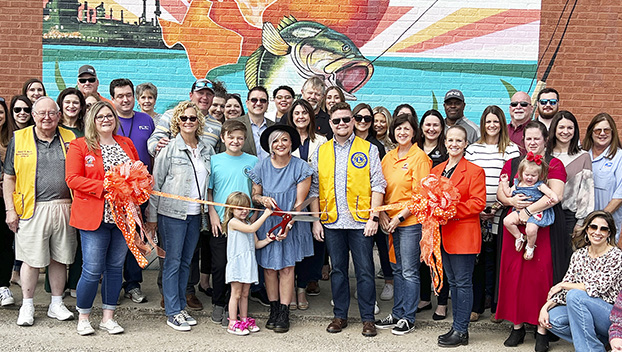 The coolest thing about the beautiful new wall mural at Orange Stationer is the promise that the large-scale accent piece is but a taste of things to come.

“We’ve got another project in the works right now,” Chris Kovatch said. “We’re still in the early stages and will be announcing a location in the coming weeks or months. The goal is to try and do one of these per year to add to our community and create one more thing to draw people in, one more thing to make it nicer. It can brighten and cheer things up.”

The mural unveiling, created by local artist Lauren Leigh Stanley, was celebrated this month with a ribbon cutting that brought together supporters and stakeholders from the Lions Club, Greater Orange Area Chamber of Commerce, Orange Stationer and Orange County EDC.

The first downtown mural, located at 701 W. Division St., promises to the be the start of something special.

“Down the road, we’re looking at having 20 of these up, which would give us something to brag about,” Kovatch said. “It helps instill more pride in our town. We see all these cities across Texas that have certain features, and we’re bringing those to Orange. It helps make people proud.” 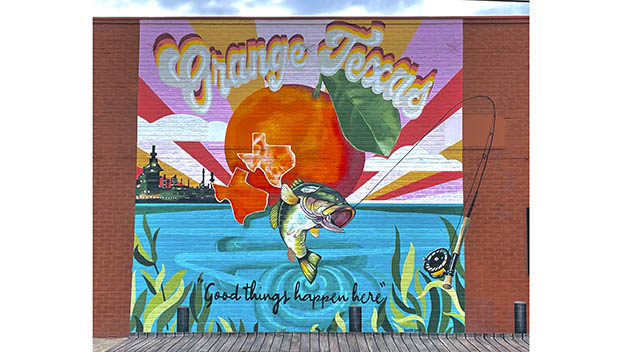 The best part of the mural for many involved in the process was an enhanced result that was greater than first envisioned.

“Once she finally got it up on the wall, it just looked amazing,” he said.

Service organization members see this ongoing effort as an example of the community coming together with the Lions Club and local businesses to partner for a true city project.

There is hope it will make all stakeholders feel proud of their effort and community.

The collaborative work seems to be a real selling point to those involved.

Those interested are welcome to visit orangetxlions.com and fill out a form online that connects residents with the club. There, anyone is welcome to submit mural ideas or possible locations.

These bold Downtown community projects are not new to our region.

One county over, members of the Nederland Economic Development Cooperation funded a near-$200,000 “Welkom to Nederland” arch construction, celebrating the town’s Dutch heritage and creating a grand entryway to the city’s Boston Avenue entertainment district.

The Gateway to Nederland, otherwise known as “the ARCH” or the “SIGN” to most social media followers has caught a lot of attention, Nederland EDC Executive Director Kay DeCuir said.

“Have you driven by lately to see the beautiful murals that have been painted inside the Arch columns or the beautiful wall murals on the side of Sunset Travel?” she recently said. “I expect there will be many photo sessions for families out shopping, store models and tourists.”

That is the type of response sought by Orange stakeholders, who want to create buzz and community buy-in.

This project will surely be considered a success if one mural becomes two, which then becomes four and so on. That would be mean teamwork and a collective effort for the greater good.

That is something to be proud of.

Stephen Hemelt is the publisher of The Orange Leader and orangeleader.com. He can be reached at stephen.hemelt@orageleader.com or at 409-883-3571.