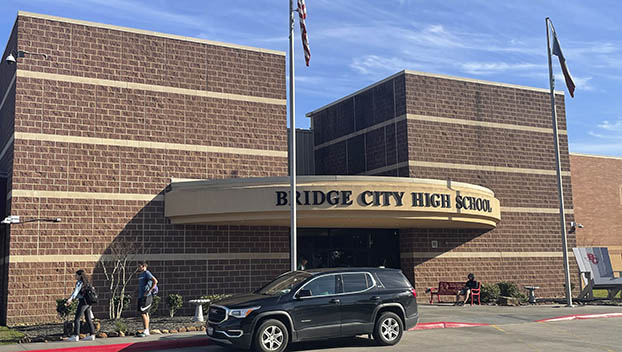 BRIDGE CITY — Career and technical education (CTE) classes — and the program, itself — are growing on the campus of Bridge City High School.

Superintendent Dr. Mike Kelly said a lot of the CTE classwork takes place in old metal buildings behind the high school, which are not ideal.

“We have, without a doubt, the most robust CTE program in this area,” Kelly said. “So, we want to be able to put our students in a building that matches what we’re teaching.”

A new building would also free up classroom space in the high school, therefore increasing the school’s capacity.

“We only have two classes in our entire district that are below 200 students, and those are juniors and our seniors and they’re at 195 for juniors and 198 for seniors,” Kelly said. “Our high school is already about 75 students over the maximum capacity, so we’re all over the place. In the next two years, when we graduate those two smallest classes, our seventh and eighth graders behind them mark about a 100-kid difference.

“So, in the next two years, we’re going to have 100 kids coming into the high school more than there (is) currently there. Now, all of a sudden, we have a high school that’s over capacity by 175 students.”

Kelly said a new building will completely fix the issue and allow for future growth.

“This CTE center allows us to put our students in a building that has correct resources, the correct machines, the things (the students) need to learn those trades correctly and give them a step up on all the students around (here),” he said. “The other thing it does — it opens up eight classrooms in our high school, so that right there is going to increase our high school capacity by well over 200 students by opening that up.”

The Bridge City ISD school board at its Feb. 14 meeting voted 7-0 in favor of holding a Bond Election with two propositions on the ballot, including a new Middle School and a CTE (Career and Technology) facility at Bridge City High School.

The idea for the new buildings arose when Kelly saw the elementary school having two portable buildings with four classes in the two classroom buildings. This prompted a demographic study to forecast future growth in the district.

“That point was really what made me look at doing a demographic study and seeing what kind of growth we can see over the next several years,” he said. “Because what happens is, if you’re too late on building — the building process from a bond to the whole piece is about a three-year process. So, if you miss it, and you’re late, then all of a sudden, you’re going to go get portable buildings and putting them all over your district and portable buildings are one, very expensive, and two, not a great place to educate kids.”

According to the demographic study posted on the Bridge City ISD bond website, Bridge City ISD is forecasted to close roughly 25-35 new homes annually for the next 3-5 years and the district has more than 130 lots available to build on and more than 50 planned future lots.

Kelly also said the study is forecasting an estimated 400 students, which he said is a very conservative number due to the Chevron-Phillips Chemical Expansion and Entergy Power plant that is estimated to add 350-520 permanent jobs to the local workforce, according to the study.

Kelly said districts have to call bonds for larger projects such as the buildings as it is not something a district could possibly save enough money for in an efficient amount of time.

Kelly said the bond is different, addressing past concerns regarding BCISD bonds, as the propositions are all academics-related, the voters can vote on which proposition they want to pass (A or B or both) and that there will be more transparency.

The estimated total yearly tax rate increase for proposition A is 16 cents, with proposition B at five cents and the two propositions combined being 21 cents.

The Bond propositions will have zero tax impact for senior citizens with an age 65 freeze and no significant home improvements.

Constituents can see their personal tax impact by using the tax calculator located at bridgecitybond.com.

— Written by Tim Cohrs. He can be reached at tim.cohrs@orangeleader.com