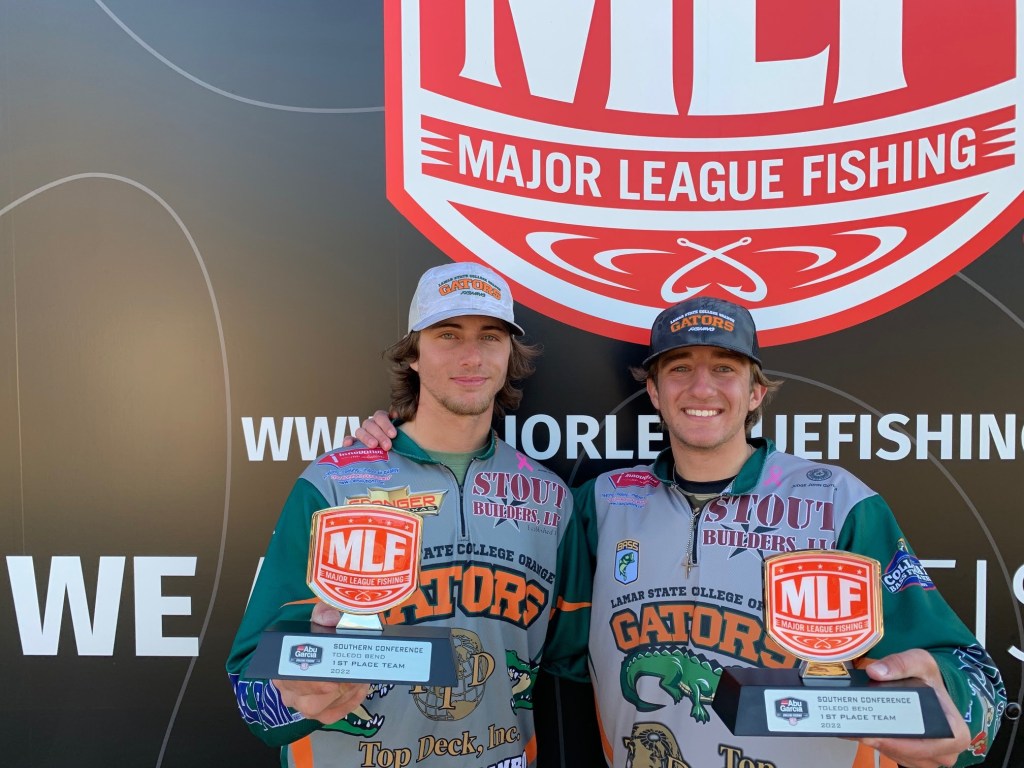 MANY, La. – The Lamar State College Orange duo of Trent Buchholz of Beaumont, Texas, and Dakota Posey of Orange, Texas, won the MLF Abu Garcia College Fishing Presented by YETI event on Toledo Bend Friday with a five-bass limit weighing 16 pounds, 15 ounces. The victory earned the Gators’ bass club $2,000 and a slot in the 2023 MLF College Fishing National Championship.
“Dakota and I had been working up for this one,” said Buchholz. “And everything went right for us. When it’s your time, it’s your time. We just caught them. We never lost a fish, and it just happened. This feels awesome.”
Buchholz, who claims Sam Rayburn as his home lake, said he visited Toledo Bend the week before the tournament and fished for two days and established a pattern that produced 16 pounds one of those days. For the tournament, the team continued focusing on that pattern – targeting rocks in 5 to 15 feet of water. Buchholz said the key bait for the team was a Strike King Chick Magnet Flat-Sided Crankbait.
“The first rock point we pulled up to I caught one that was 5½ pounds on the Chick Magnet,” Buchholz said. “My partner caught two 2½-pounders on a jerkbait and we ended up culling up.”
The top 10 teams that advanced to the 2023 College Fishing National Championship are:

Texas gas prices jump and prices could rise even…