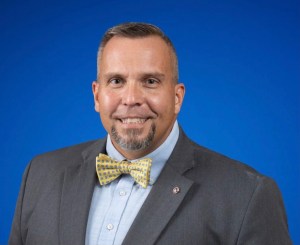 14Jesus returned to Galilee in the power of the Spirit, and news about him spread through the whole countryside.  15He taught in their synagogues, and everyone praised him.

16He went to Nazareth, where he had been brought up, and on the Sabbath day he went into the synagogue, as was his custom. And he stood up to read.

17The scroll of the prophet Isaiah was handed to him. Unrolling it, he found the place where it is written: 18″The Spirit of the Lord is on me, because he has anointed me to preach good news to the poor. He has sent me to proclaim freedom for the prisoners and recovery of sight for the blind, to release the oppressed, 19to proclaim the year of the Lord’s favor.”

20Then he rolled up the scroll, gave it back to the attendant and sat down. The eyes of everyone in the synagogue were fastened on him, 21and he began by saying to them, “Today this scripture is fulfilled in your hearing.”  Luke 4: 14-21

The longer I serve the Lord the more enamored I become by Him.  Imagine hearing Jesus reading aloud Isaiah 61.  Since He was back in His hometown, Jesus would have been reading this amazing passage aloud to people who knew Him, probably even family.  You would assume in this setting as the hearers were amazed at listening to Jesus read these words, they would have celebrated and even believed in Him as the Messiah.  Sadly, later in the chapter, as Jesus continued to teach them, the crowd became enraged with Him and drove Him out to a cliff to kill Him.  How quickly the scene changed as people were angered by the conviction coming through Jesus’ teaching.  He even told them a prophet is not welcomed with His own people.

Why did His own people, even family, go from being amazed at His reading of Isaiah 61 to wanting to kill Him?  It all has to do with the offering in His message.  Jesus came to take the light to the darkness.  To proclaim the kingdom of God to All people and invite them to a place at the table.  This preaching of the Good News was not just for the good people, not just the church people, but especially for those who needed it the most.  Jesus invites all to come and kneel at the cross, but He especially called and continues to call those on the outside, the margins, in the darkest places to a relationship with Him.

This is still the message of Jesus today.  This is why I become more and more enamored with Him the longer I serve Him.  I find His love more and more appealing and desire to be changed by this love for His purpose and His kingdom.  I also find as His love continues to change me, His loves continues to lead me to take His love to the places needing it the most.  All of us can know the ongoing, transforming love and share this love with all who need it.

Friends, keep on serving and walking with Jesus.  Each day you will grow to love Him more as He draws you closer to Him.  This Is Good News!