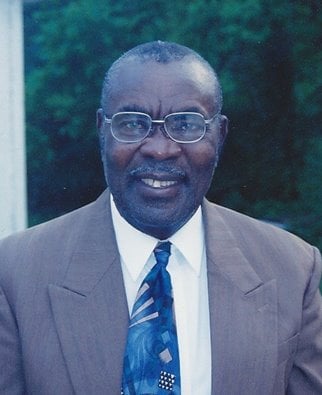 A church will celebrate its founder, Pastor Curly Richard, turning 90 on Sunday.

Born in Bellview, Louisiana, Richard moved to Texas in 1952.

“Mt Calvary joined with 3rd Street when he was first in the area,” Reverend Dr. Harry Abams said.

Richard was ordained as a Deacon in 1970.

Deacons assist pastors in community outreach by ministering the gospel outside the church, visiting the sick and homebound, recruiting and receiving new members and traveling on missionary trips. Within a congregation, deacons set examples of compassion and stewardship.

In 1976, Richard began Prison Ministry under Chaplain Mike Hayes at Orange County Jail every second Sunday. The following year he began House Ministry for physically disabled. In 1978 he began Visiting the Sick Ministry and, in 1979, he began Nursing Home Ministry.

“He went to the Orange County Jail to visit and pray with the inmates,” Richard’s great nephew Jimmy Davis said. “He went to nursing homes and in house to visit with housebound person and study with them.”

In 1986, Pastor Curly Richard was licensed and ordained to preached by Pastor George Brown of Mt. Calvary Baptist Church.

Ordination permits the minister to perform church rites and sacraments, such as baptisms, legal marriages and funerals. Unlike ordination, which is usually considered to be a one-time event, the credentials for licensed ministers may only be valid for a specific period of time.

The licensing is the church’s tentative approval for a man to serve until he has proved himself qualified for ordination.

Ordination usually takes place when a minister begins serving in a church.

“We met in Orange during a revival and discovered we were pastors of churches with the same name,” Nash said. “We became lifelong friends for 30 years.”

Richard also served for a number of years at West Orange Cove Consolidated ISD as a custodian before retiring from the position.

“He is a kind and humble man who is active in the community,” Nash added.

Described as a man who lives the Christian life, he has transformed lives.

Everyone is encouraged to join in the celebration of Pastor Curly Richard life and experience the joy of those that love him.