And Now You Know: Gatemouth Brown was more than a Bluesman 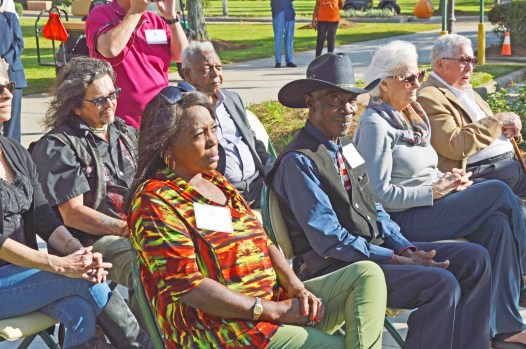 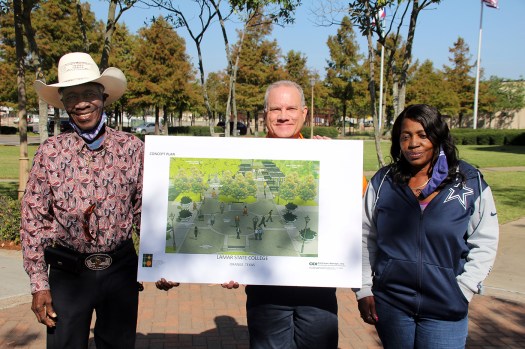 Recently Lamar State College Orange acquired new property. One use of the property was decided to be an area for use by students and residents. It would be dedicated in memory and honor of Clarence “Gatemouth” Brown. In his remarks that day, LSCO President Dr. Thomas Johnson said, “I am so proud that there is a plaza to honor the incredible legacy of Orange’s own Gatemouth Brown, and that this place is here at Lamar State College Orange. The plaza offers students and residents a place to visit and relax.

There is a place for students to plug in their laptops and phones. The design creates a gator skin design as the sun shines through it.”

His father was a railroad worker and local musician who played Country, Cajun, and Bluegrass music.

Throughout his career Gatemouth Brown preformed a variety of music styles on instruments that included guitar, fiddle, piano, drums, harmonica, mandolin, and viola.

By his teenage years, Brown was playing drums in area swing bands. He was called “Gatemouth” because he had such a deep voice.

He served in the military during World War II, after leaving the military he first located in San Antonio, later he moved to Houston where he found work at the Bronze Peacock Nightclub.

In 1947 at a T-Bone Walker concert, Walker became ill and could not finish the show. Brown went onstage, picked up a guitar and began to play “Gatemouth Boogie” a song he had just written. The audience was very enthusiastic, as was the club owner Don Robey. Robey arranged for Brown to sign a contract with Aladdin Records of Los Angeles.

The first record was not as successful as Robey had hoped, so he started his own label, Peacock Records. Brown’s first single with Peacock, “Mary’s So Fine” went to number five on the Rhythm and Blues charts in 1949. Afterward Robey picked Brown to be the front man for a 23 piece orchestra.

Brown became frustrated with being strictly a R&B man and left Peacock records in 1961. He held a variety of jobs, due to his leaving Robey, and Robey harboring a grudge against Brown, Robey caused difficulties in Brown’s efforts to find music jobs.

Brown served as a bandleader on the Dallas syndicated television show “The !!! Beat” in 1966. He also served as a deputy sheriff in New Mexico in the late 60s. He moved to Nashville and appeared a few times on Hee Haw, the country music show. During this time, he recorded a well-received country music album with Roy Clark.

The 1970s restarted his career, preforming in a range of styles for which he became famous, Country, Jazz, Cajun, Blues, and Rhythm and Blues. He began touring again throughout the United States, Europe, and worldwide. Several times he toured as a music ambassador for the United States State Department.

In 1982, he received a Grammy Award for Best Traditional Blues Album. The re-release of some of his earlier Peacock albums brought him more acclaim. He won eight W.C. Handy Awards. He received the Rhythm and Blues Foundation’s Pioneer Award in 1977 and was inducted into the Blues Foundation Hall of Fame in 1999.

In 2004, he was diagnosed with lung cancer. He was given only a fifteen percent chance of survival after undergoing chemotherapy, so he decided to forgo that treatment.

Despite his failing health he continued to perform including an appearance at the New Orleans Jazz Festival in April 2005. He was living in Slidell, Louisiana when Hurricane Katrina approached his area. He decided to move to his brother’s home in Orange to avoid the storm. He died there on September 10, 2005.

Brown was given a military funeral in honor of his WWII service and laid to rest in Hollywood Cemetery in Orange.

Brown is honored as a music legend in the Museum of the . Coast’s Music Hall of Fame in Port Arthur, Texas. A Texas Historical Marker honoring Brown was dedicated at his gravesite in 2012.