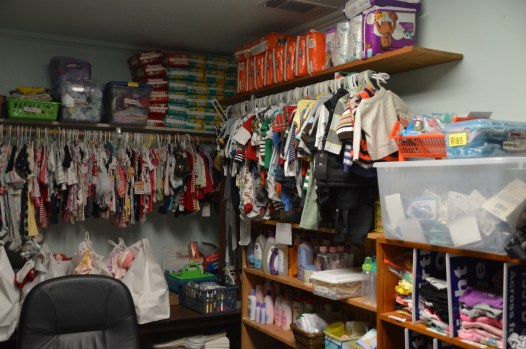 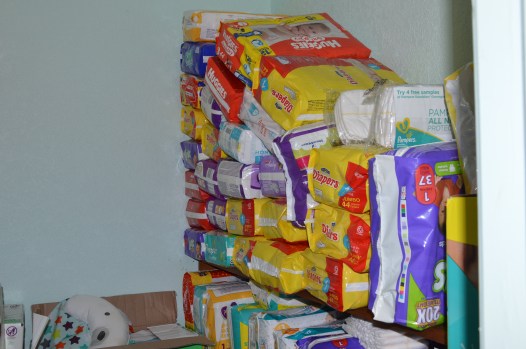 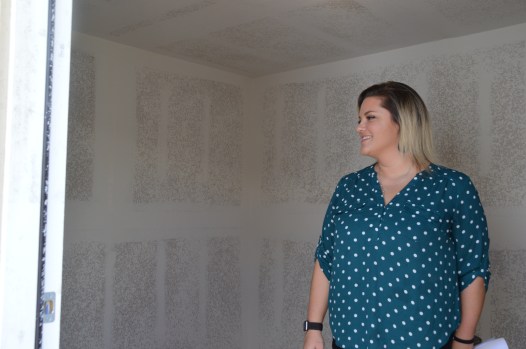 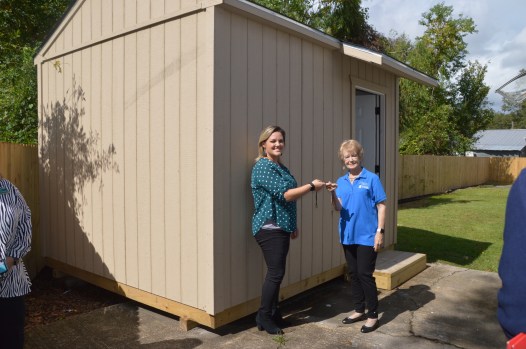 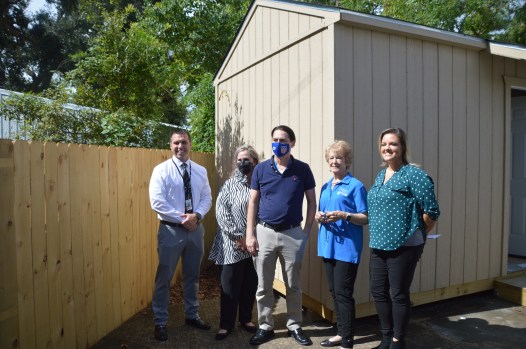 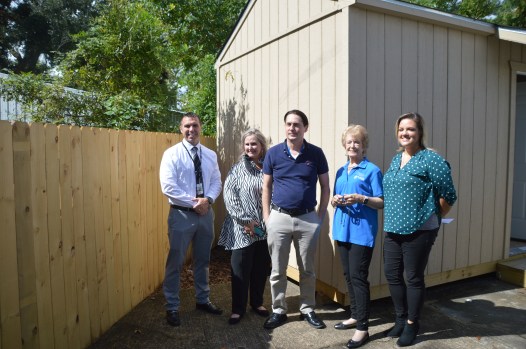 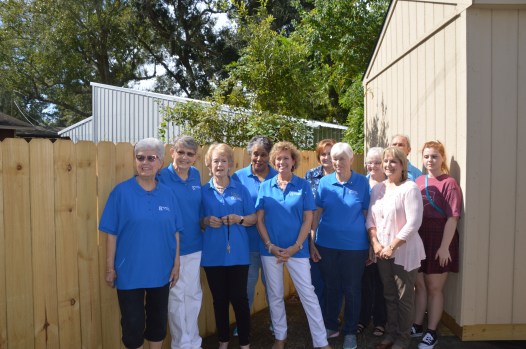 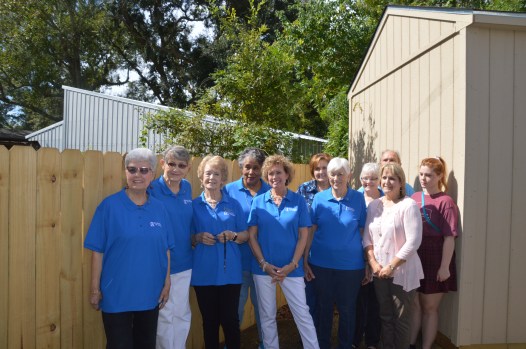 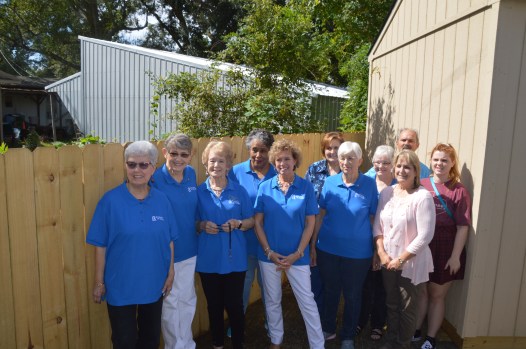 A Leadership Southeast Texas (LSET) team from the LSET class of 2021 raised more than $6,500 to build a storage building for Birthright, an Orange non-profit that aids women facing unplanned pregnancy.

On Tuesday, the keys for the building were handed to Co-Director at Birthright of Orange Clara Fults.

The inside is ready for painting and carpet will be installed after that.

“Then we will install the shelves,” Laura Roberts said.

As part of the LSET leadership program ‑ which promotes better understanding of the nine counties that comprise Southeast Texas and teaches participants about complex issues that affect the area – individuals are assigned to county teams to complete service projects benefitting their community.

Initially, the team believed that a drive to collect baby supplies would best benefit Birthright, but the team’s leader Roberts wanted to complete a project that would leave a lasting impact on the community. The team met with Clara Fults, Assistant Director at Birthright, to assess the organization’s needs. Although Birthright has a big impact on the Orange community, the team learned that the non-profit operates out of a modest office space with little storage capacity.

“Laura came up with the idea for Birthright,” Elmore said. “She talked to Clara about it last February. Laura kept us on track with the project. She spearheaded it.”

To be selected for the project, three criteria had to be met, according to Roberts.

“It has to help Orange County citizens, it had to desperately need help, which most non-profits do, and it had to be something lasting,” Roberts said. “We found all three in Birthright which is often overlooked. They are a blessing to Orange County.”

“When we got this building on Strickland (Drive), where we presently are we knew it was going to be small. We just started to grow rapidly,” Fults said. The LSET team discovered that baby supplies weren’t a real need because of the lack of storage space.

When Roberts asked Fults about the possibility of putting a storage building behind the business, she said Birthright couldn’t afford it. Roberts explained that the Leadership Southeast Texas team would raise the funds to build one.

“That just totally shocked me that someone was willing to give us a building that we could enlarge the amount of items we have for these babies. No one has ever offered anything that great to us,” Fults said.

The new building will allow more space for Birthright to prep gift bags of baby items for clients as well as keep diapers and other baby supplies that before had to be stored at local churches. The non-profit will also now be able to expand its mission and begin offering maternity clothing to expectant mothers, something Birthright wanted to do, but just didn’t have the space to do so.

“That will be something else that these (mothers) will now have,” Fults said. “They don’t have the money to buy normal clothes much less maternity clothes. I’m just so proud that we can now offer this.”

Pecan Acres Baptist Church of Vidor donated $6,000 to the cause and Wellspring Credit Union donated $500, allowing the group to hire On-Site Sheds of Vidor to construct the building. Roberts, her husband, and a group of volunteers from First Baptist Church Orange, installed the sheetrock, insulation, shelving, and a window unit air conditioner for climate control, as well as painted the building. A local electrician also donated parts and labor to the project.

“You are God’s angels,” Fults said of the group during the presentation.

In addition to the building, the LSET team also presented a $1,000 check to Birthright of Orange.

“This has been such an amazing journey for our group, we have been blessed with not only financial donations but also with dedication and hard work from our team and community,” Roberts said. “We have been told by various workers at Birthright how very thankful they are, but we are the ones with the simple task, the non-profit workers are the real heroes.”

Fults said the building and additional donation of funds will allow Birthright to continue to impact expectant mothers all across Southeast Texas and beyond.

“We want to continue to see Birthright grow, so that every girl that gets pregnant knows about us and that we’re going to be there for them,” she said.

Birthright is a 501 (c)(3) non-profit committed to providing confidential, non-judgmental support to any woman who is pregnant or thinks she might be pregnant, no matter her age, race, circumstances, religion, marital status or financial situation. For more information, visit birthright.org/orange or call (409) 883-2856. Birthright of Orange is located at 1537 B Strickland Drive in Orange.