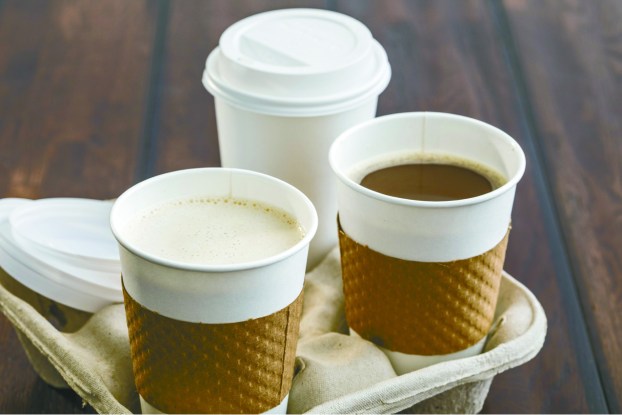 Healthy reasons to head to your coffee shop today

While the U.S. and Canada celebrate National Coffee Day on September 29, other nations mark this day throughout the calendar. International Coffee Day happens just two days later on October 1. The International Coffee Organization has pledged to help struggling coffee farmers worldwide make a living wage.
One of the most widely consumed substances in the world, caffeine is found in varying amounts in coffee, tea, chocolate, soda, and energy drinks. According to the marketing experts at Brandon Gaille, the United States leads the world in caffeine consumption, taking in around 970 tons every year. The majority of that caffeine is consumed in the form of coffee. Although too much caffeine has been linked to increased anxiety, insomnia and restlessness, those cups of Joe actually may have positive health benefits when enjoyed in moderation. The National Institutes of Health advises that, since coffee beans are loaded with protective compounds, they can help deliver caffeine in healthy ways. When consumed in coffee, caffeine may help prevent certain diseases. Caffeine, which is a mild stimulant by nature, has been linked to lower risks of Alzheimer’s disease. The NIH also says caffeine may lower a person’s risk of developing Parkinson’s disease and other dementias, while also boosting concentration and memory. The biologically active compounds in coffee also can help prevent diseases like stroke and certain cancers. The research study, “Adenosine, Adenosine Receptors and the Actions of Caffeine,” first published in February 1995, states that caffeine blocks an inhibitory neurotransmitter called adenosine. When this occurs, the amount of other neurotransmitters, such as norepinephrine and dopamine, can increase. This can improve the firing of neurons, leading to improvements in mood, memory, energy, and general cognitive function. For individuals looking to shed a little extra weight, caffeine may help there, too. Several studies show that caffeine can boost metabolic rate by three to 11 percent, according to Healthline. Coffee, which boasts the vitamins B2, B5, B3, manganese, and potassium, delivers caffeine and can be part of a nutritious diet and successful weight-management regimen. People prone to headaches and recurrent pain may find caffeine can help them manage those symptoms. Caffeine is one of the main ingredients in some pain relievers. The University of Georgia also has found that a moderate dose of caffeine (roughly that found in two cups of coffee) can reduce post-workout pain by up to 48 percent. What’s more, The Journal of the American Medical Association notes that, when caffeine is combined with other pain relievers, only 40 percent of the other drug was needed to provide the same level of efficacy. Coffee and caffeine provide various health benefits and can be beneficial when consumed in moderation. Anyone who wants to alter their caffeine consumption should do so gradually to see how their body reacts to the changes.
The history of coffee itself clearly goes back to 15th century Yemen. As for Europeans, they got their first taste about 100 years later — with Venice leading the way. Per the National Coffee Association, it wasn’t a smooth ride: “Some people reacted to this new beverage with suspicion or fear, calling it the ‘bitter invention of Satan.’ The local clergy condemned coffee when it came to Venice in 1615. The controversy was so great that Pope Clement VIII was asked to intervene. He decided to taste the beverage for himself before making a decision, and found the drink so satisfying that he gave it papal approval.”
Mainland Europe’s first official coffeehouse opened in Venice around 1645.
Back in the U.S., if it weren’t for the Boston Tea Party in 1773, Americans may never have swapped tea for coffee. When the colonies revolted against King George III’s hefty tea tax, tea was out and coffee was in. Things really started to percolate in the mid 1800s when brothers John and Charles Arbuckle started selling coffee to cowboys in the American West. James Folger successfully introduced coffee to gold miners in California. Upon returning to San Francisco in 1865, Folger became a full partner of The Pioneer Steam Coffee and Spice Mills — which eventually became the J.A. Folger & Co. in 1872.
Other brands including Maxwell House and Hills Brothers soon entered the coffee market. A yearning for “speciality” coffee took hold in the 1960s and a little Seattle company called Starbucks changed everything in 1971. Today the U.S. coffee shop market has grown to a $45.4 billion industry, according to Allegra World Coffee Portal’s 2019 Project Café USA report. Dry coffee sales topped $9 billion in 2017 in the U.S.