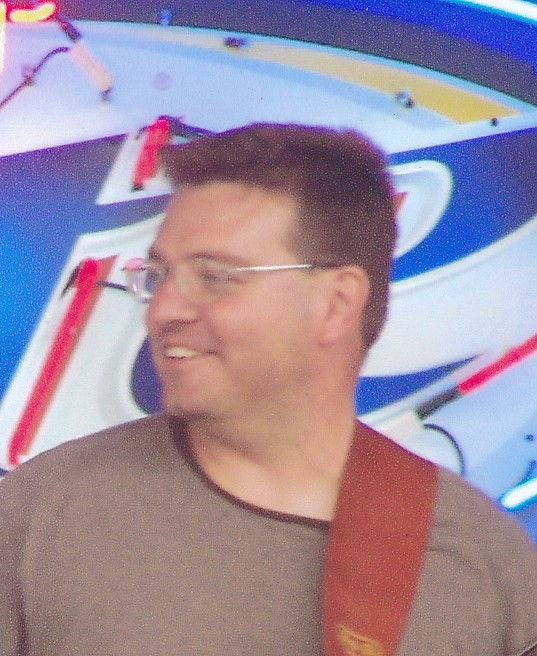 Michael Brown went to be with his lord and savior on Tuesday August 17, 2021.

A gathering of family and friends will be held from 6-8 on Wednesday, August 25, 2021 at Memorial Funeral Home.  Funeral Service will be at 10:00 A.M. on Thursday, August 26, 2021 at First United Methodist Church. Burial will follow at Restlawn Memorial Park.

Michael was born the youngest of four children on May 22, 1971 to Joseph “Pete” Brown and Thereasa Ann Teal Brown in Orange, Texas.  He was an 1989 graduate of Little Cypress Mauriceville High School. Even though Michael faced a number of challenges in his life, he always had a smile on his face. He had a happy go lucky disposition that always showed in his bright, beautiful dancing blue eyes.  He never met a stranger and if he met you once, he never forgot you. Michael was a member of First United Methodist Church in Vidor where he served on a number of church teams.  Including security for MDO and playing bass in the church praise band.  He also volunteered at the Vidor Christian Care Center. He was a graduate of Lamar Institute of Technology, an avid hunter and gunsmith. He was a former Corrections Officer at the Stiles Unit in Beaumont. His pride and joy was playing music with his friends.  An accomplished bassist, Michael played with a number of different area bands throughout the last 30 years. He is preceded in death by his Mother Ann Teal Brown.  And his nephew Chris Brown. His memory will be cherished forever by his wife of 16 years, Johnnie Keen Brown of Vidor.  His father Joseph “Pete” Brown of Orange.  Brother Morris (Dulce) Brown of Alvarado, TX.  Sisters Carol Brown and Mary Vallie  Brown both of Fort Worth, TX.  Niece Felicia (Daniel) Harris, Braiden Harris and Adrienne Harris all of Venus, TX. Nephew Raymond Brown of Grand Prairie, TX.  Aunts Mary Frazier, Jennifer (Harold)Burleigh, and Joan Plsek all of Orange.  Uncle William “BB” (Kay) Brown of Onalaska, TX. Close friend Glenn Bienveneau of Luling, TX.  A number of cousins and extended family. Donations can be made to the Vidor Christian Care Center, First United Methodist Church Vidor, or the charity of your choice.

Nova Dee Strickland, 87, of Mauriceville, passed away on August 19, in Beaumont. Funeral services will be 2:00 p.m., Wednesday,... read more