Lewandowski retires from Shangri La but not conservation 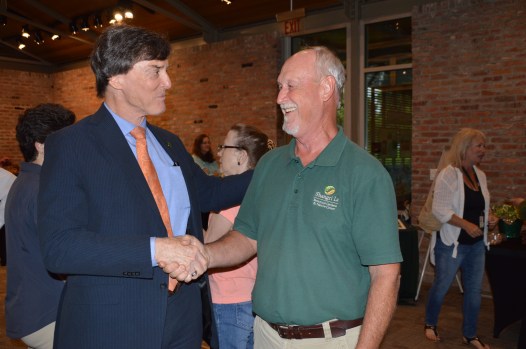 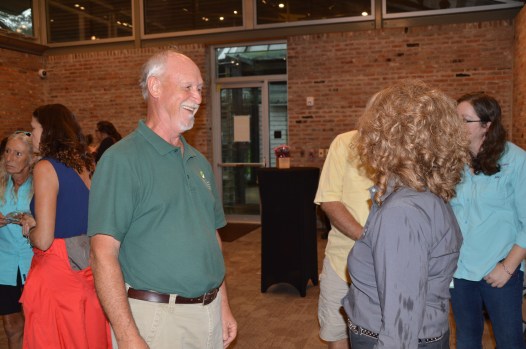 After serving as Director of Shangri La for eight years, Rick Lewandowski will retire in two weeks.

He was surprised by a reception held in his honor on Monday.

“Who would have thought of a reception on a Monday two weeks before I leave,” Lewandowski said. “It was so nice to do.”

While he and his wife plan to relocate to Southeastern Pennsylvania to be closer to grandchildren, he plans to return to the area often.

“I am still involved in conservation along the Gulf Coast,” he said. “I will be back as a volunteer with the USDA people. I can’t stay away from here.”

America’s treasured Gulf of Mexico ecosystems are composed of a mosaic of coral reefs, wetlands, marshes and sea grass meadows. Private agriculture and forestlands account for 90 percent of the landscape in the five Gulf states, Alabama, Florida, Louisiana, Mississippi and Texas. Consequently, the management of private lands significantly influences the health of the region’s economies, tourism and the natural resources, which keep the Gulf of Mexico thriving, according to USDA Natural Resources Conservation Service website.

The initiative is helping Gulf ecosystems recover across the region. As conservation work cleans and conserves water and restores and sustains critical natural resources and wildlife habitats, the public benefits. Voluntary conservation also helps improve sustainability of economies and industries. For example, more than 1.3 billion pounds of seafood come out of the Gulf each year, out-producing the south and mid-Atlantic, the Chesapeake Bay, and New England, combined, in harvests of finfish, shrimp and shellfish. Conservation also creates and sustains recreational opportunities, which is important in a region where 50 percent of all recreational fishing in the United States takes place.

Lewandowski has more than 30 years of experience in the garden and horticulture field. He was director of the 587-acre Mt. Cuba Center for 13 years in Delaware. He oversaw the transition and enhancement of this premier native plant garden from private du Pont family estate to non-profit organization. This included the establishment of collections-based programs, extensive plant exploration efforts, development of an innovative native plant evaluation program, the launch of lifelong learning programming, and creation of a comprehensive conservation initiative.

He spent 16 years with the Morris Arboretum of the University of Pennsylvania where he served as Director of Horticulture and Curator of the Living Collection, where he conducted horticultural and medicinal plant research, collaborative plant evaluation, and led several plant exploration trips to Asia.

He found out about Shangri La and came to Orange to see the beautiful gardens. He and his wife Veronica were infatuated immediately.