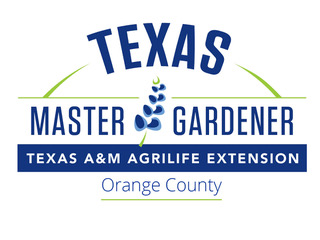 Master Gardeners: How do nematodes help plants and soils?

It might be hard to believe one of the most abundant animals on Earth is – soil nematodes! There are thousands of nematode species with most not being harmful. They represent 80% of animal life by number and live in nearly every habitat. Some cause diseases in humans (trichinosis) and animals while others feed on living plants. Nematodes normally get a bad reputation. But little is known about the non-parasitic nematodes, predatory and microbial-feeding, which have many beneficial roles.

They are hard-working, important, translucent, unsegmented, very tiny organisms’ (worm-like) — usually between 1/500th to 1/20th of an inch! They are not true worms or in the worm species. Interesting Fact: There is a nematode that lives inside sperm whales that is nearly thirty feet long.

Some of the best-known nematodes are parasites (Root Knot). Some nematodes require a host to live, while many more nematodes are free-living in soils in water films that surround the soil particles.

Some nematodes feed on plants and algae, others graze on microbes (bacteria and fungi). At higher levels in the food web, nematodes that are predators and omnivores eat other nematodes and invertebrates. By feeding on bacteria and fungi, microbial-feeding nematodes return nitrogen to the soil through their waste, making nitrogen available again for plant use, improving plant growth.

As nematodes move around in soil, they deposit bacteria in new places, spreading it around. The bacteria can contribute to and speed the process of decomposition, returning carbon to the soil for storage.

But most good things have a limit: at very high populations, nematodes that feed on bacteria and fungi can reduce their populations. This can lead to lower decomposition and nutrient turnover rates and lowering plant growth.

Plant parasitic nematodes attack roots using a piercing tool in their mouth. This “stylet” punctures plant cells so it can suck its carbon-rich juices. Some nematodes release chemicals that cause lesions or tumor-like growths on roots, thus the knots you see. They drain the plant’s strength above and below ground. Plants most attacked at the roots include tomatoes, potatoes peppers, lettuce, corn and carrots.

However, predatory (good) nematodes are also highly sensitive to environmental changes. Their populations often decline with soil disturbances such as pesticide use, fertilization, tilling, or soil compaction. Situations where soil is heavily managed often leads to very low predator populations and higher populations of harmful groups. Predators are also sensitive to changes in rain and temperature, which can also cause an imbalance toward harmful groups.

In small populations, plant parasitic nematodes can stimulate root growth, but in high numbers they destroy roots, stunt above ground growth, and cause disease.

While the nematode species responsible for plant diseases have received a lot of attention, far less is known about the non-parasitic part of the soil nematode community, which plays mostly beneficial roles in soil. Ensuring a balance between beneficial and plant parasitic nematode groups is important for plant health and its contributions to soil carbon.

To battle harmful nematodes, purchase plants and seed labeled nematode-resistant, and consider solarizing your soil during the summer prior to planting. In addition, you can purchase beneficial nematodes for your garden. Buy from a reputable supplier, such as Rincon Vitova, Biologic, and others may be found online. Some of the big box stores have started carrying them also. Nematodes are perishable and shipping stresses them and could even kill many of them if not packaged correctly or shipping takes to long. It is recommended to use 13,000-35,000 nematodes per square foot.

For your horticultural questions call our Hot Line, 409 882-7010, Tuesday and Thursdays from 10 a.m. – 2 p.m. We are currently taking application for our next in-person class to become a Certified Master Gardener we expect to start mid-late August or early September. Send an email to ocmg1990@gmail.com. Check our website https://txmg.org/orange for more information.