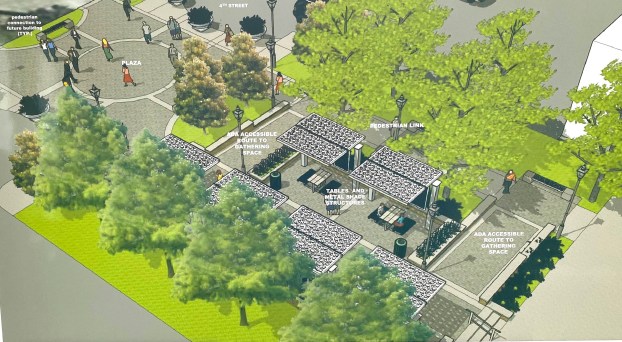 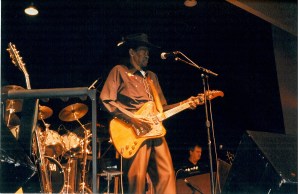 Orange’s own Clarence “Gatemouth” Brown will soon have a plaza named in his honor at Lamar State College Orange.

A legend in his own time will continue to be remembered as the plaza currently under construction at Lamar State College in Orange has been approved by the Texas State University System Board to be named ‘Gatemouth’ Brown Plaza.

It was motioned by chairman Charlie Amato, seconded by David Montagne and passed unanimously.

The Texas State University (TSTU) System is governed by a nine-member Board of Regents appointed by the governor and confirmed by the Senate.

Clarence “Gatemouth” Brown, who died in September 2005, had a music career spanning 57 years. He won a Grammy Award in 1982 for traditional blues for the record, “Alright Again,” and was nominated five more times during his career. He also is an eight-time winner of the W.C. Handy award, now known as the Blues Music Awards. He recorded albums with iconic artists such as Eric Clapton and Roy Clark and influenced countless musicians such as Frank Zappa, Albert Collins and Johnny “Guitar” Watson to name a few.

Brown was known throughout music circles as a talented player. Not only could he play guitar and sing; it was not uncommon for him to play the fiddle, drums, viola, mandolin and even the harmonica.

Although he began his career in rhythm and blues, he expanded his sound and recorded songs in a variety of genres, including country, Cajun, blues and western swing.

Brown was living at his home in Slidell, La. when Hurricane Katrina forced him to evacuate to Orange in August 2005. The storm destroyed his home, which contained his belongings and treasured memorabilia throughout his career.

Already battling cancer and devastated by the loss from the storm, Brown died on Sept. 10, 2005, inside his niece’s apartment in Orange.

He was laid to rest at Hollywood Cemetery in Orange, where a headstone marks the resting place of the talented musician as well as a Historical Marker erected in 2009 by Texas Historical Commission.

In 2015, a citizen, Henry Lowe, requested the city of Orange recognize the music legend by the Orange Boat Ramp Pavilion after ‘Gatemouth’.

Lowe, president of the Orange African American Museum, had also asked the council in the past to reconsider naming the Riverfront Pavilion after Brown.

At the time he said, “It would add an international flavor to Orange as he is well known in Europe.”

The plaza is part of the master plan for the college to create exterior gathering areas while also providing areas of shade and comfort. The master plan was approved by the Regents in December 2020.

LSCO President Dr. Thomas Johnson heard about Gatemouth Brown and brought it before TSTU Board for approval to name the plaza after Brown.

The city of Orange approved donating a portion of 4th Street to the college so a walkway could be created to ensure safe and convenient for pedestrians and to allow safe intersection crossings to limit vehicular and pedestrian conflicts.

The plaza would also be open for residents to gather.

What Made Orange Great: A once thriving Jewish community was in Orange

By Mike Louviere One of the earliest Jews to come to Texas was Simon Weiss in 1836. He first settled... read more