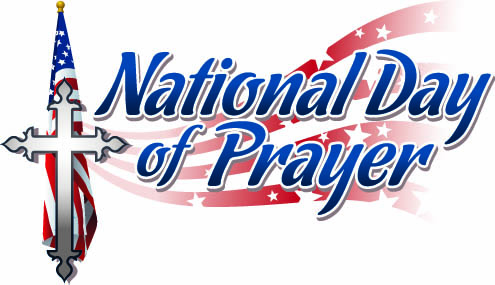 An annual event held each year on the first Thursday of May are set for this year. Each year the president issues a proclamation to observe National Day of Prayer.

This year, Orange County Commissioners Court issued an annual proclamation for proclaiming Thursday as National Prayer Day. An event is set for noon on the courthouse steps in Orange.

This year’s theme is Love, Life, Liberty. The verse is 2 Corinthians 3:17: Now the Lord is the Spirit, and where the Spirit of the Lord is, there is freedom.

An event, National Day of Prayer Orange County Tx, will be held at 6 p.m. on Thursday, at the Riverfront Boardwalk and Pavilion at 601 West Division Ave. in Orange.

Another event will be hosted by Vidor Chamber of Commerce at 6 p.m. at on the steps of Vidor City Hall 1395 North Main Street in Vidor.

The National Day of Prayer is an annual observance held on the first Thursday of May, inviting people of all faiths to pray for the nation. It was created in 1952 by a joint resolution of the United States Congress, and signed into law by President Harry S. Truman. Our Task Force is a privately funded organization whose purpose is to encourage participation on the National Day of Prayer. It exists to communicate with every individual the need for personal repentance and prayer, to create appropriate materials, and to mobilize the Christian community to intercede for America’s leaders and its families. The Task Force represents a Judeo-Christian expression of the national observance, based on our understanding that this country was birthed in prayer and in reverence for the God of the Bible.

By law, the president proclaims a National Day of Prayer each year on the first Thursday in May as stated in Pub. L. 105-225 Sec. 119: “The President shall issue each year a proclamation designating the  first Thursday in May as a National Day of Prayer on which the people of  the United States may turn to God in prayer and meditation at churches,  in groups, and as individuals.”Bill Clinton signed it into law August 12, 1998.

West Orange-Stark’s Alicia Odom and Lance Parks participated in the Stark Reading Contest that was judged this past Saturday. Lance... read more