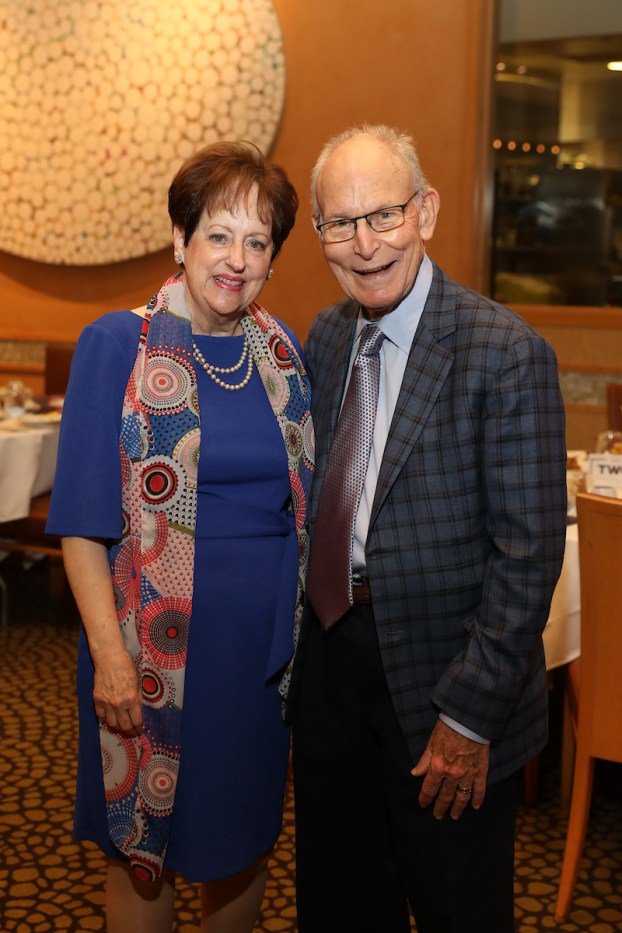 Carrie Woliver honored as a champion of the arts

HOUSTON – Theatre Under the Stars hosted the Leading Ladies Luncheon and Awards Ceremony on Friday, April 16, at Tony’s Restaurant.  This annual event honors outstanding Houstonians who champion the performing arts and arts education.

TUTS Leading Ladies are a dynamic group of women with a shared passion for musical theatre.  They are committed to Theatre Under the Stars Education and Community Engagement efforts through volunteering, fundraising and hosting exclusive events for Houston’s most ardent performing arts advocates.

Among the honorees was Carrie Woliver, originally from Orange and founder and president of the Friends of the Orange Depot.  She was awarded the Shirley Stein Outstanding Champion of the Arts and Education Award.

From her first introduction to musical theater as a child in Orange, Carrie has been a participant and a supporter of the arts wherever she lived.  She studied piano for 12 years, then voice in college and was subsequently cast as a singer in many shows in Dallas, Houston, Orange and Brussels, Belgium, where she resided for five years with her husband, Ron.  She played Polly in “The Boyfriend,” the second TUTS MUSICAL IN Miller Outdoor Theater in 1969, and a number of years later was in the chorus of TUTS production of “The King and I.” She performed many years at The Country Playhouse, now the Queensbury Theatre, and in the 90’s in a duo, He & She, with Dr. Keith Robinson.

Using her degree in communications from the University of Texas, she worked for the ABC affiliate KTRK-TV and later the independent KHTV-TV in Houston.  But it was with Dr. Robinson that she became a producer of their nationally syndicated health radio talk show called “America Talks Health.”  She thrived on the administrative details of being producer of a daily two-hour show.

Her next venture was producing a television documentary series, “The Brutal Truth,” about child abuse prevention, which won several Emmy’s.  In August, 2014, she co-produced a documentary tribute to George P. Mitchell, the visionary oil man and founder of The Woodlands, TX, with Studio W., Inc.

Besides her work in television, Carrie has put her administrative and creative talents to work volunteering.  She has served on numerous non-profit boards in Houston:  Theatre Under the Stars, The Country Playhouse, Houston Achievement Place, Homes of St. Mark, and more recently, the Ambassadors Council for the A.D. Players.  Being champions of the arts, she and her husband enthusiastically raise funds for the theaters she supports.

In 2011, Carrie penned an historical memoir called “The Train Stopped in Orange,” about the 1917 diaries of her grandparents and her childhood memories growing up in Orange in the fifties.  As a result of the book, she helped lead the charge to restore the historic Southern Pacific Depot in Orange in her home town.  She serves as founder and president of Friends of the Orange Depot, leading a passionate volunteer group.

To The Leader   In an effort to support and promote local businesses, the Orange County Economic Development Corporation will... read more