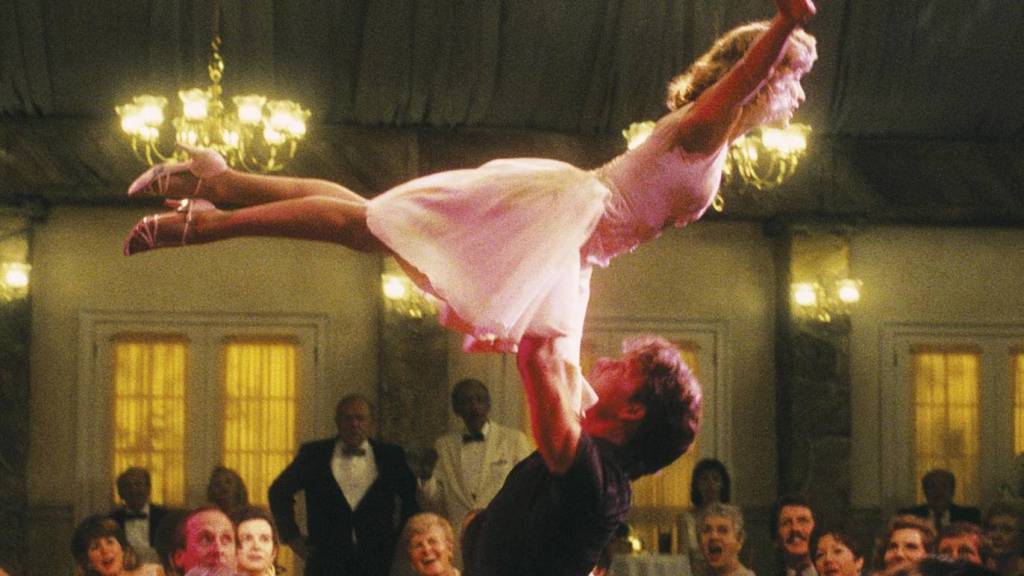 Photo courtesy of Lionsgate City of Orange Convention and Visitors Bureau is hosting Friday Night Reels – a drive-in movie featuring Dirty Dancing (PG-13) on Friday, February 26, at 7 p.m. at the City of Orange Boat Ramp. Event attendees are encouraged to reserve your free tickets (one per vehicle) to ensure a parking space. Tickets may be reserved at https://bit.ly/3axmYtM

When Dirty Dancing was released 34 years ago, no one realized the iconic movie it would come with songs such as (I’ve Had) The Time Of My Life, Hungry Eyes and She’s Like The Wind.

Franke Previte, John DeNicola and Donald Markowitz co-wrote (I’ve Had) The Time Of My Life for which they won the Academy Award, a Golden Globe Award, and a Grammy Award.

“The Time Of My Life was one of the last songs they listened to for the scene,” Previte said.

“I think we had to slow it down for the recording,” DeNicola said.

Neither thought of it as an award winning song when it was written.

Song writer Stacy Widelitz said, “The first line is the hook in both songs. People instantly know which songs they are when they hear them.”

Widelitz actually wrote She’s Like The Wind with Patrick Swayze two years before Swayze was selected for the part in the film.

“It was written for a different movie and then went in a drawer for two years,” Widelitz said. “When Buddy said he was going to play it for the directors, I was not excited.”

Widelitz called Patrick Swayze, Buddy as they were friends long before the movie.

Part of the lack of excitement was due to the ‘word on the street’ that it was a terrible movie, would only be in the theaters for a week and then released to video.

The rumors were obviously mistaken as the film continues to draw crowds.

“The day we recorded it, Buddy asked what we are going to do today, I said record a song,” Widelitz said. “He said we were going to record a hit song today. I asked him to call my mother and to tell her that.”

The song had fallen off Widelitz radar until the film was released a year later and everyone started talking about the movie and the songs.

Hungry Eyes was not planned for the movie at first but as a song to be released on the fourth album of Franke and the Knockouts.

“I was told Eric Carmen was going to record it as they thought it would be a hit song for him,” Franke Previte said. “I became a songwriter then.”

John DeNicola added, “I think Hungry Eyes was originally planned for the scene where she carries a watermelon.”

During the song, She’s Like The Wind, the female voice on the demo was Stacy’s girlfriend at the time, Wendy.

“The director liked it, so she got to sing it on the recording,” he said. “He had hired someone for the synthesizer but did not like the sound. He asked me what I had used, I told him. So when you hear the song, that is me playing the synthesizer parts.”

When you watch the movie, pay attention to the lip-synching and note Swayze does not quite match the recording.

“They filmed the scene to the Time of Our Lives demo,” Previte said.

“Even Patrick said you should have heard the demo,” Widelitz said.

Widelitz said the reaction to the film puzzled Swayze.

“I feel like he did not appreciate the stardom or how beloved he was until he got sick,” Widelitz said. “Then it dawned on him how iconic it was. I am still thrilled and puzzled at the effect it has had on people.”

City of Orange Convention and Visitors Bureau is hosting Friday Night Reels – a drive-in movie featuring Dirty Dancing (PG-13) on Friday, February 26, at 7 p.m. at the City of Orange Boat Ramp. Event attendees are encouraged to reserve your free tickets (one per vehicle) to ensure a parking space. Tickets may be reserved at https://bit.ly/3axmYtM

NAACP event is a call to action