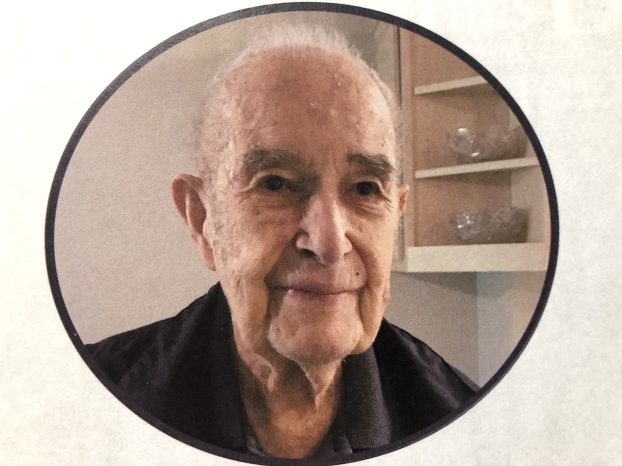 John A. Woodside was born in 1916 and was the first member of his family on his mother’s side to be a U.S. Citizen. His mother and her parents emigrated from America from England. He was raised in Thomasville, Missouri by his parents, James Clare Woodside and Mable Symons Woodside, members of the local Methodist church, active volunteers in the Oregon County, Missouri community, and supporters of the establishment of Thomasville High School in 1921.

John attended Arkansas State University in Jonesboro, Arkansas after graduation from high school at 16 years of age. He lived with his grandparents, played football and basketball, and first studied Agriculture and then graduated with a Bachelor’s degree in Chemistry. While working his first job in Ponca City, Oklahoma, he worked full-time, studied for his masters in Chemistry at Oklahoma State University (in Stillwater, Oklahoma), and married his wife, Donna Rowena Eells in 1942. He and Donna had two daughters, Marianne and Gayle. Donna R. Woodside died in 2005. Gayle Woodside died in 2010.

John was employed by the Spencer and Gulf Oil companies for over 35 years, living and working in the United States (Kansas and Texas), Kuwait, and Spain. After retiring from Gulf in 1971, he joined Occidental Oil Corporation, living and working in Saudi Arabia and starting-up and troubleshooting chemical plants in various locations in the United States including Houston, Stockton, California and Savannah, Georgia. During his years of full-time employment, John spent many hours supporting his church and his community. While in Orange, Texas, he served as the President and member of the board for the First Methodist Church and assumed responsibilities as a Sunday school teacher for children, youth, and adults. In Orange, he also was the President and member of the Kiwanis Club, and member of the Port Authority Board. He served as a volunteer consultant for the Chamber of Commerce as a part of the Small Business Consulting Group for 20 years.

Once John retired, he was able to expand his volunteer efforts. He became a member of the Methodist Foundation Board of Southeast Texas from 1997 until 2004 and he served as Chairman of the Financial Committee for four years. He was a member of the Arkansas State Foundation Board from 2002 – 2008. While living in the Pinecrest Community, he served as a member of the Pinecrest Library Committee and participated in the Wisdom for Youth Senior Expertise (WYSE) program. In John’s early years, he loved to play and watch sports, enjoying baseball, basketball, and golf. At Pinecrest and in the community, he was an active participant in a variety of activities such as bridge and pool. He loved to play games of all types.

John was often praised from his commitment to educating others, a value he learned at a young age from his parents. He taught math to G. E. D. students under the auspices of the Angelina College Adult Learning Department from 2001 until 2017. He helped scores of adult learners enhance their math skills and pass their G. E. D. math exam and gain the equivalency of a high school diploma. John stated, “When I was first approached about this teaching opportunity, I followed one of my guidelines for life, ‘Whatever comes along that people think I can do, I do. It’s an honor.’”  He added, “I know that I received as much as I gave during my time in the continuing learning classroom.”

At Arkansas State University, over 300 students have benefited from the scholarship he established in the name of his mother, the Mable Symons Woodside Memorial Scholarship Endowment. John said, “ ASU opened up the world for me and showed me what was out there and what I could do.”

John is survived by his daughter, Marianne Woodside and her husband Phil Hamlin, his granddaughter, Donna Lee Roberts and her husband Chris Roberts, and his grandchildren, Mac Roberts and Madalena Roberts, all of Maryville, Tennessee. He is also survived by his step-grandson, Michael Hamlin and his wife Zhewei Dai, and their children Skyler and Eleanor, of Lansing, Michigan and his step-granddaughter, Cathy Hamlin and his husband Stephan Steyn, and children Dexter and Iona Hamlin Bartolomeu, all of Brasilia, Brazil.