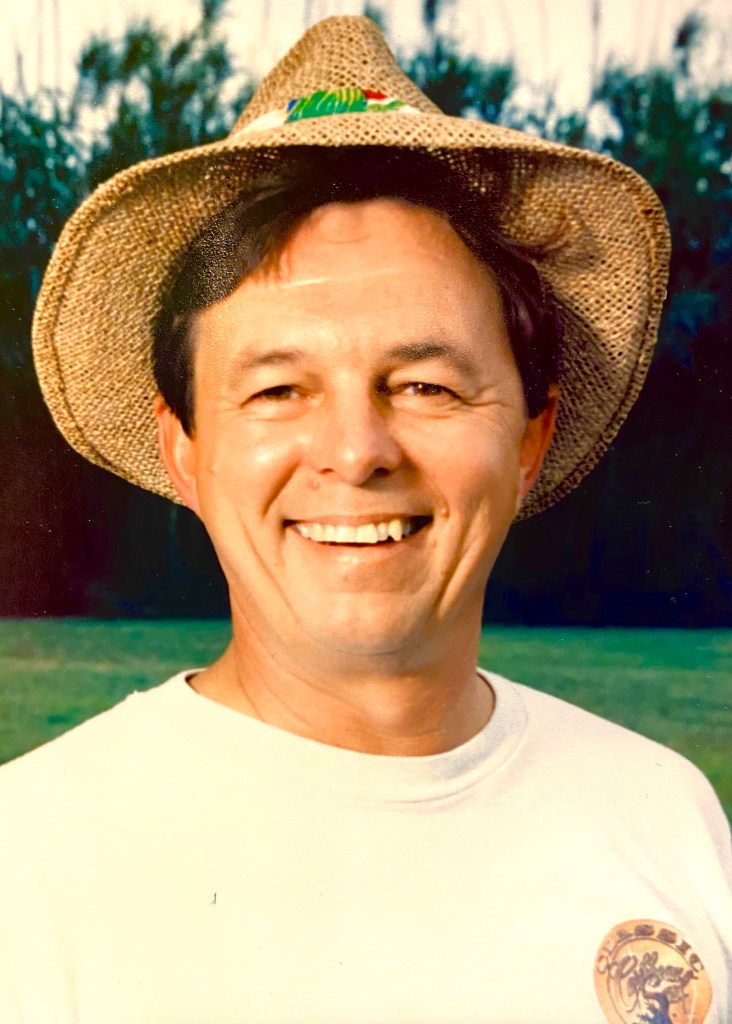 Gary Ray Outenreath, 73, of Orange, Texas passed away on January 17, 2021 at Harbor Hospice in Lake Charles, Louisiana.  Gary was born on April 7, 1947 in Fort Worth, Texas.  He was the son of Ret. Major Bobby R. Outenreath and Katherine Dale (Smith) Outenreath.

Gary’s mother fondly recalled his childhood by frequently sharing memories of his sweet and peaceful temperament and curiosity of the world around him.  Because Gary’s father was actively serving in the United States Air Force, Gary spent part of his childhood living in Germany and France.  When his family returned to the United States, Gary lived near Vandenburg Air Force Base in California and Carswell Air Force Base in Ft. Worth, Texas.  Gary loved to share memories with his children and grandchildren of time in his youth, enjoying family, camping, fishing, and playing football.  Gary graduated from Arlington Heights High School in Fort Worth, Texas on May 30, 1965.  He then attended Stephen F. Austin State University in Nacogdoches, Texas where he earned a Bachelor of Science Degree in Forestry.  Gary married his college sweetheart, Rebecca (Becky) Lynn Harrell, on June 13, 1970.  Gary devoted the next 47 years of his life to his wife, children, grandchildren, and to his career.  Gary was exceptionally loving and patient.  He was an intelligent and insightful man, yet his demeanor was calm and thoughtful.  He had a quick-witted humor and enjoyed joking and teasing family and friends.  He was always intentional in his words and actions and often shared advice with his children and grandchildren about being content in self and life.   He believed in these things and wanted his loved ones to be happy.  He liked to play games and especially enjoyed time with his poker club friends when he lived in Houston. When not working in his oasis of a yard, Gary loved watching game shows, working crossword puzzles, going fishing, and visiting with family and friends.  Gary also loved watching historical documentaries, science fiction programs, and college football on television (especially Longhorn football).  Gary loved his wife, daughters, and grandchildren and willingly participated in scouts, youth softball and baseball, science fair projects, family reunions and campouts, and sharing his love for traveling and nature.  Perhaps a better display of his love was the time he spent watching swim meets, playing Santa at 2:00 am, attending band concerts or musicals, surviving slumber parties, going to dance recitals, and drying many tears.  He even humored Becky by removing deceased animals from neighborhood streets to ensure happy bike riding adventures for his girls!  Gary lovingly stood by his wife’s side, supporting her as she fought many health conditions.  When he was diagnosed with Parkinson’s disease in 2013, Gary was brave; he never complained, and he fought hard.  Gary and Becky were members of St. Paul’s Episcopal Church in Orange Texas.  They volunteered together providing altar service and helped plan the church’s memorial garden.

Gary worked in the field of horticulture for over 40 years.  His first position after graduating from college was Superintendent of the Tyler Rose Garden in Tyler, Texas.  Gary worked as a horticultural consultant for Busch Gardens in Williamsburg, Virginia and Houston, Texas.  After Busch Gardens, Gary worked on multiple landscape management projects including the 5,000 acre Las Colinas development in Irving, Texas, and other commercial developments in Houston.  In October of 1991, Gary became the Horticultural Exhibits Manager at Moody Gardens in Galveston, Texas.  Gary was instrumental in the botanical development of 142 acres of grounds and the 10-story-tall Rain Forest Pyramid.  His chief responsibility was sourcing plants and arranging the botanical environment within the rainforest biome.  In the pyramid, he recreated the rainforests of Asia, Africa, and The Americas.  During his travels to world rainforests to collect plant specimens, Gary worked collaboratively with scientists studying the medicinal properties of plants in the rainforests and the use of beneficial insects in agriculture.  After dedicating 13 years to Moody Gardens, Gary joined a new botanical project, Shangri La, in Orange, Texas.  The 250-acre family garden along Adams Bayou in Orange, Texas had been neglected for 50 years.  Gary played an essential role in restoring Shangri La to a botanical garden and nature center dedicated to education.  He was also responsible for overseeing the landscaping at multiple Stark Foundation properties in Orange, Texas including The Stark Museum of Art, the W.H. Stark House, and The Lutcher Theater.  Gary’s last career project was rejuvenating The Beaumont Botanical Gardens in Beaumont, Texas after Hurricane Ike.  As Director of Horticulture, Gary worked to restore the oldest public garden in Southeast Texas to a sanctuary of flora that includes a 23.5-acre outdoor garden containing multiple themed gardens and an indoor conservatory.  At the time of his retirement, the Beaumont Botanical Gardens was a true testament to Gary’s gift for creating beauty through horticulture.  Throughout his career, Gary loved and enjoyed the people with whom he worked.  He made many lifelong friends, and he cherished those friendships.

Gary was involved in numerous professional organizations, gave many presentations promoting landscape ideas, and taught horticulture and landscape classes at Houston Community College.  He was a long-time member of The Texas Association of Landscape Contractors and received an award from The Professional Grounds Management Society for the Best Maintained Botanical Facility in the United States for Busch Gardens in Houston in 1974.  Gary served as a contributing author to Houston Home and Garden Magazine and The Dallas-Fort Worth Home and Garden Magazine.  Gary co-authored The Houston Garden Book.   In addition, he contributed to other publications including The Rainforest at Moody Gardens Species Guide and Leaf and Leisure Magazine.  A species of Wedelia, a creeping daisy, is named “Outenreath Gold” after Gary.

Gary is preceded in death by his parents, Bobby and Katherine Outenreath, and his wife of 49 years Rebecca Lynn Outenreath, his grandparents, his in-laws, and many aunts, uncles, and cousins.

A memorial service will be held later when family and friends are able to gather and appropriately celebrate the wonderful life of Gary R. Outenreath.  Please email betsyoutenreath@icloud.com if you would like notification of the service.  Special thanks to Harbor Hospice in Lake Charles for exceptional care and to The Brain Support Network, Carnes Funeral Home in Texas City, TX, and Harbor Hospice for their help and collaboration in organizing tissue donation for medical research.  The family would also like to extend our sincerest gratitude to the nurses and staff at Stonebridge Assisted Living in Sulphur, Louisiana for the exceptional care provided prior to Hurricane Laura and the many kind and loving doctors, nurses, physical therapists, occupational therapists, and speech therapists who provided care and therapy.  Cremation is entrusted to Carnes Funeral Home.

The family appreciates memorial donations made in Gary’s name to St. Paul’s Episcopal Church in Orange, Texas (1401 W. Park Ave. Orange, TX 77630) for their memorial garden, The Brain Support Network (brainsupportnetwork.org) which facilitates tissue donations for the purpose of studying brain disorders like Parkinson’s Disease, or The Trees Remember (thetreesremember.com/memorial-trees).