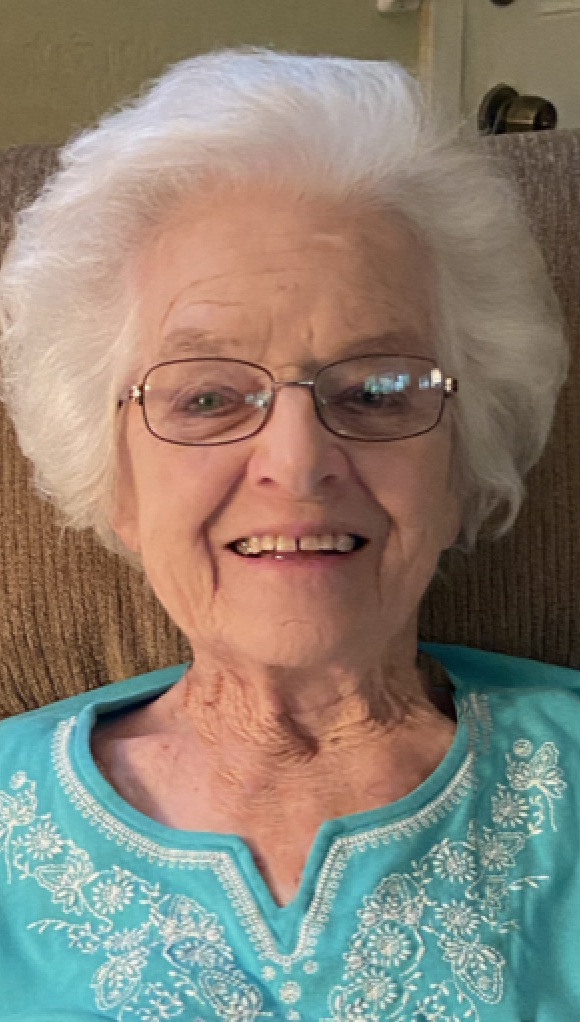 Funeral services will be held on Sat. Jan 23rd at the First Church of the Nazarene in Orange with visitation beginning at 9:30 A.M. and services starting at 11:00 a.m. Officiating will be Rev. Brad McKenzie and Rev. Steve Vaughn.  She will be laid to rest at Hillcrest Memorial Garden near Bridge City, TX.

Grace was born in Beeville TX. on July 17th, 1928.  She met the love of her life, Harold Smith, who was serving in the Navy in Beeville. She has two sons, Harold Jr., David, and daughter Patti. She also has several hundred other children who claim her as their MOM.

She lived an “AMAZING LIFE” that is an envy to us all.  She gave love and then she gave more love.  If we are judged by God on how we love, then she’s in GREAT SHAPE. She had and has a way to make people feel good about themselves.  She never wanted to be a burden on anyone as she was totally independent…because of this we called her a “determined German”.

She leaves behind a legacy that will be long remembered in the hearts of those who knew her. She was over the top generous. Each week, over the past 35 years, she placed prepared snacks and drinks for her garbage men and placed them outside on her porch using her walker.  She had a card ministry and over the past decade has mailed thousands of cards to the sick and those who needed a kind word.  She led the Joy Club at her church which she dearly loved.

Her GREATEST treasure was her relationship with her Lord, her family, and her church family. On her deathbed she praised God and called her church “HER LIGHTHOUSE”.  She now sees the Light of Christ and HER LIGHT will continue to shine.  She will be terribly missed by her children, her family, and her church family.   Her LOVE will continue to LIVE.   We want to thank the staff and nurses at Terrebonne General Medical Center, especially her nurse Binu who showered her with LOVE.

She is preceded in death by her husband and two grandchildren Adrienne Claire and Alita Kathryn Smith.

She is survived by her three children, Harold Smith Jr. and wife, Deanna, David Smith and wife, Nancy, and Patti Cochran and husband Lawrence.  She has four grandsons, Jason, Eric, Brandon and Adam.  She has eight great grandchildren, Payton, Zachry, Caleb, Nathan, Samantha, Sara, Cameron and Hayden and one “adopted son” Mike Feagin.