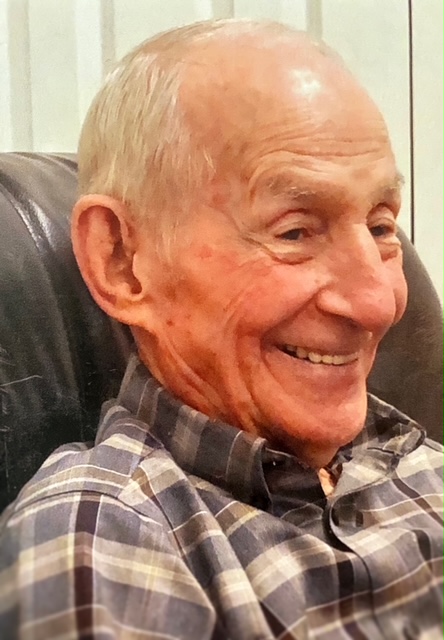 Robert H. Couser was born on January 18, 1931 in Prosper, TX.  He was raised working on the family farmland until Bob’s father’s death when Bob was twelve.  After his death, his Mother moved the family to McKinney to work in nursing. He graduated from McKinney High School where he played on the football team. Shortly after graduation, he enlisted in the Marines during the Korean War and was awarded the Purple Heart Medal during his time as a Marine.  Bob developed a very close relationship with his fellow Marines and always attended their reunions and loved to tell stories about his buddies.

Upon return from the Marines, Bob attended North Texas State Teacher’s College (now North Texas University) on his G.I. Bill and received his Bachelor’s Degree. Bob always found a way to be active in every community.  His network of community expanded when he joined Phi Kappa Sigma Fraternity while in college.  Bob always said he had great and loyal friends which he spent his lifetime building and sharing memories.

During his time at North Texas, it was there that Bob met his soon to be wife, Dorothy (Dottie) Agnes Dishman.  Dottie was his lifelong love and partner.  He stated he knew he wanted to marry Dottie at first site. Dottie preceded him in death in 2013.  They were married 59 years.  Together they raised two children, Carter and Kyle.

Bob’s first job out of college was in Beaumont, Texas as a nuts & bolts salesman for construction projects. His next position would be his career position with DuPont.  He was with Dupont where he was an employee for 30 years.  His title was Employee Relations Superintendent and developed lifelong friends throughout his career at Dupont.  He retired in 1988 to begin his next adventures.  During his years at Dupont, Bob moved eight times to the states of Ohio, Louisiana, West Virginia, and multiple moves in Texas.

Bob was an avid outdoor sportsman.  He loved golf, hunting, and fishing.  Bob was a diverse and multi-talented man.  He had a “can do” attitude.  What he didn’t know, he would read and research every detail and step required to make the outcome of the project finish perfect. He would be drawn to something that interested him and would pursue with a passion of creativity. He was known for wood working, building, and refinishing gun stocks, player pianos, hand carving canoes and wood ducks, creating stained glass, building furniture, and rebuilding outboard motors. Bob and Dottie bought land in Newton, Texas, and it was known at the Hunting House.  It was designed and built board by board by both Dottie and Bob.  They were an original DIY team.  He made kitchen cabinets out of Cherry wood and stairway out of Hickory wood.  There were many happy hunts and especially wonderful memories shared there by family and friends. He was a man of many interests, a true Renaissance Man. He was also an ardent member of The Hawk Club.  Bob was also known as a competitive, skilled card and domino player.  His favorite games were Moon, Hearts, Poker, and Gin Rummy.

After retirement, he could be found at First United Methodist Church of Orange serving on many committees and an active volunteer working on any number of projects that could use his special talents. Bob volunteered with many organizations including: Lutcher Theatre Group, Stark Museum in Orange, and a longtime volunteer to Habitat for Humanity.  He worked many years on Saturdays to help erect homes for those in need. He loved building homes for his community.

He truly loved his life, family, and friends. He enjoyed reading and learning anything about the outdoors.  He was a GREAT storyteller and could capture the interest of his audience.

The Family wishes to express their heartfelt appreciation to his caregivers over the past several years, Catherine Robinson and Katie Doerge.  They were dedicated to Bob and provided excellent, tender, and loving care for him.

The Family has requested a private funeral due to safety concerns for the family and friends during the Covid-19 pandemic.  However, the Family would greatly appreciate any words or shared experiences with Bob through Claybar Funeral Home via cards or their website.  In lieu of flowers, please make any donations to the First Methodist Church in Orange.