And Now You Know: Orange nearly had a cigar factory 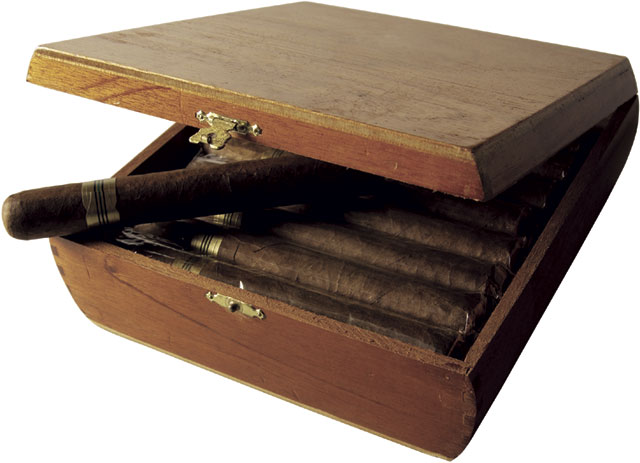 In December 1908, enough tobacco had been grown in Orange County for discussions about building a cigar factory.  The Daily Leader reported that the crops of the last three years were in the warehouse and in prime condition for cigar making. Other stock was ready to be brought in, along with two acres of prime shade grown tobacco.

Shade grown tobacco is grown under cloth shading over the entire acreage.

“While a lot has not been said about it recently, the tobacco industry in Orange County is still going forward and has become a permanent feature of the agriculture industry in the county,” wrote the Leader.

L.H. Shelfer was the manager of the Orange County demonstration farm. He stated: “We have raised the best crop of tobacco we have made in the three years I have been conducting the tobacco farm in this county. We have about 15 acres of tobacco this year and the crop is a splendid one, and I am highly gratified with the results. It is our intention next season to increase the acreage and put in at least 25 acres in tobacco.”

When asked about the disposition of the crop, Shelfer said, “It is our intention to manufacture the tobacco into cigars right here. We have part of the crop of 1906 and all of the crop of 1907 and 1908 on hand, that of the first two years being now in prime condition for making cigars, and with this stock and other that we will buy we expect to build a cigar factory that will employ at least 25 hands.

Shelfer had been quietly working away demonstrating with each succeeding year that Orange County was well adapted to growing tobacco.

He had succeeded in interesting outside capital and was associated with some businessmen who were expected to embark largely in the tobacco industry in the Orange area and through whose efforts much of the undeveloped acreage of the county would be placed into tobacco production.

Only two acres of shade tobacco had been grown on the farm in 1908 but it was an abundant yield of a very high grade suited for the use of wrapper tobacco.

Other farming news that month was about three of Orange County’s most valuable rice farmers moving from Orange County and relocating to Calcasieu Parish.

J.M. Hatton, Henry Stanton, and Carl Beauchamp were moving to farm the coming season on the Lyons-Labit canal at Black Bayou.

The men were preparing to move household effects, farming implements, and stock to that location.

Hatton was to be the first to move to the Lyons-Labit plantation. A big barge had been sent to Hatton’s place on Cow Bayou to be loaded and towed about 33 miles by water to Hatton’s new residence.

The Lyons-Labit plantation consisted of several thousand acres of prime rice land. There were already a number of tenant farmers from Orange County on the plantation.

The loss of the farmers moving to Calcasieu Parish was not all bad since most of those farming there would dispose of their crops through the Orange markets and be spending their profits in Orange.