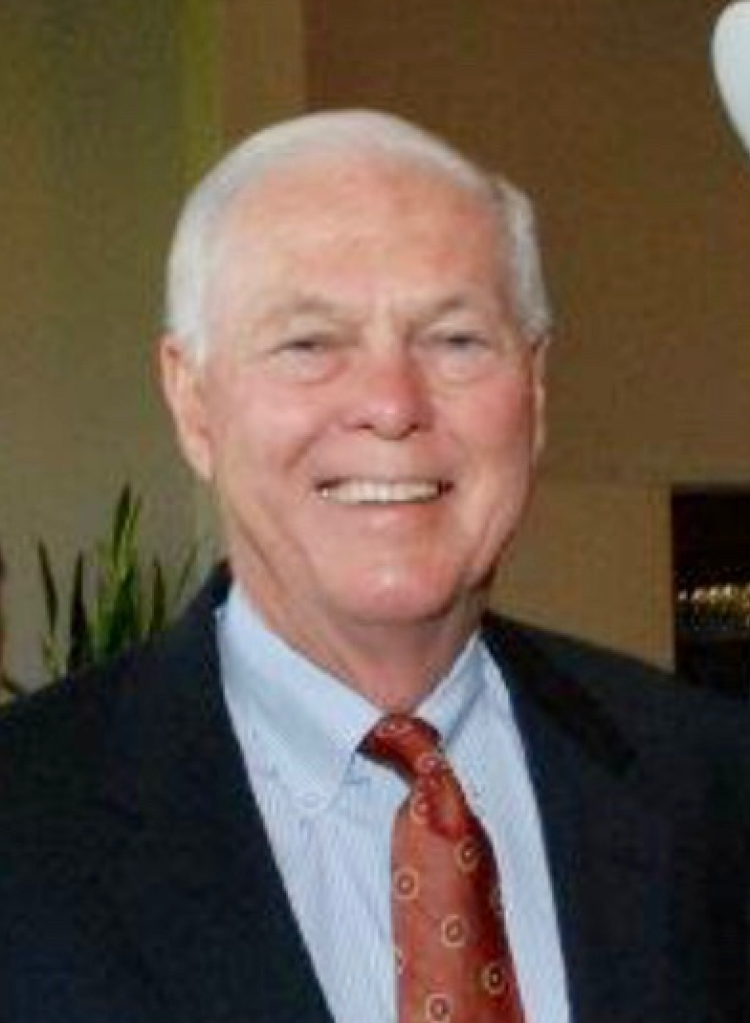 Dan F. Mohon was born in Vernon, Texas, on December 10, 1939, to Walter and Flora Pauline Beach Mohon, of Odelle, Texas.

His life was significantly marked by the unexpected death of his father right before Dan turned 13. He took on a great responsibility caring for his mom and his younger sister Nanene and his younger brother Gary, where he learned that love was action. As a young teen, he went to work 32 hours a week making just over $14 a week.

Dan graduated from the Quanah High School in 1958. He then put himself through Texas Tech University, graduating with a business degree in real estate and insurance. While in Lubbock, he met the love of his life, Shirley Manon Hacker of Oklahoma. They married on December 22, 1962.

Dan and Manon Mohon rolled into Orange, Texas, in 1974, with their two young sons. He didn’t arrive with fanfare or riches; he arrived with determination, loyalty and love.

Dan was a man who loved extravagantly. His love sprang from his faith. He believed in Jesus and his faith was the cornerstone of his life and the way he lived. His love of God was showered generously on his wife, his sons, his grandchildren, his family, his church and his community. He loved people and spent his life showing us what it meant joyfully.

Dan loved cars and was always enthusiastic when he bought a new one. Early one Saturday morning in the mid-seventies, he woke his two sons and drove to a dealership in Conroe, Texas. He was picking up a new white-with-burgandy Buick Electra 225 coupe he bought through Stephen’s Buick in Orange. While the salesman was finishing the paperwork Dan opened the trunk and laid down sideways to show his impressed sons how big it was. It was a big car, and just the car for a man with a big heart.

He passed away last Sunday, December 6th, just four days shy of his 81st birthday. He filled all of his days with hard work and loyal service to God, his family, his friends and his community.

He was always a man of action and community contribution. He was a two-term mayor of Orange from 1988-1992, and the recent mayor of Pinehurst. He served as the First Baptist treasurer and on the Lutcher Stark Theater board, both for 25 years.

He served as a leader in other community leadership roles included the President of the Orange County Chamber of Commerce, Lamar State Foundation Board, Red Cross board member, City of Orange Planning and Zoning, Southeast Texas Regional Planning Commission (Aging Committee Chair) Deacon, the Orange Rotary Club and chaired more than one pastor search committee.

In all of his community service though, Lions Club often took the cake as his favorite. He served as the Lions club President and carnival chairman. He was recipient of the Melvin Jones award and the record shows he had perfect attendance for over 47 years.

And along with God, his family, his community service and his friendships, two other and real passions were with Dan throughout his life: golf and ice cream. And even with those, he shared them with others.

Dan F. Mohon was an example of faith, faithfulness, kindness and strength and with all of his time given to his community, he was also a good friend to many. As one friend said, Dan Mohon took his hand in friendship, “and never let go.”

So what can you say about a man who lived 81 years, who loved his wife and best friend dearly? Who was father to two sons, now men — husbands and fathers in their own rite. A man who was mayor of two towns, was president of this and chairman of that? What can you really write about a man who had perfect attendance with Lions Club for decades? A man who was an example of faith, surefootedness, decisiveness, kindness and strength? You can say thank you for your big heart, your love, your diligent hands — your example. And we’ll miss you dearly; you’re a good man.

The pallbearers are Dan and Manon Mohon’s ten grandchildren.