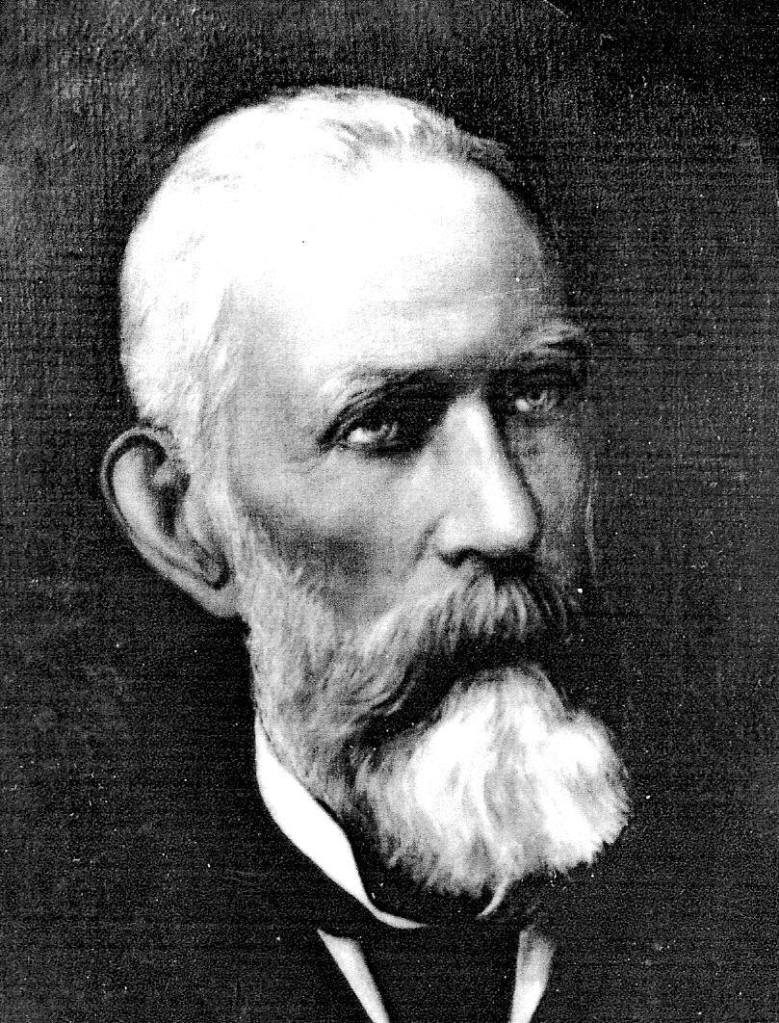 Orange, Texas was the center of wood processing in the last quarter of the nineteenth century. Henry J. Lutcher was the leading industrialist. Alexander Gilmer was second.

Gilmer was a native of County Armagh, Ireland. He migrated to Georgia in 1846, working with his brother, John, building ship masts for the French Government. He earned $700, but lost the money when the steamboat Swan the brothers had built sunk in the Chattahoochee River. Gilmer then helped build a schooner, the Altha Brooks, which he sailed to Galveston and later Orange.

When he got to Orange, he worked as a lumberjack and later made cypress shingles by hand. He formed a partnership with his cousin, George Gilmer to build schooners. They were joined by a Samuel Levingston and the Smith and Merriman sawmill.

By 1860, Gilmer had bought out Smith and Merriman’s interest in the schooner building enterprise. He was listed on the 1860 census as a 32 year old shipbuilder with $3000 in assets. The number of schooners he built is estimated at 15. He was still building schooners as late as the 1880s.

During the Civil War, Gilmer became a successful blockade runner, in a partnership with M.J, Kopperi of Galveston; Gilmer made six successful voyages to Havana, Cuba, Belize, British Honduras, and Matamoras. He hauled out loads of cotton and returned with munitions, gunpowder, medicine, coffee, yard goods and flat iron. In 1862, one of his blockade runners was captured by the blockading ship, USS Hatteras.

On January 21, 1863, Gilmer was aboard the Confederate gunboat Josiah H. Bell during the offshore battle that captured the Union blockaders Morning Light and Velocity.

By the war’s end, he had lost five schooners loaded with lumber on the Texas coast, with all hands lost on two of the ships.

During and after the Civil War, Gilmer and his cousin George owned one of Orange’s largest mercantile stores. In 1867, Gilmer bought 2/3 interest in James Wood’s sawmill located on the Sabine River. The small mill could cut 7,000 board feet of lumber in a 14-hour workday, or it could cut crossties at a rate of 10,000 board feet per day. The mill burned down on April 1, 1869.

Two years later, on March 15, 1893, Gilmer’s entire mill was destroyed by fire. The loss was $150,000 and the worst that Orange had endured to that time. The mill, the dry kilns and five million board feet of lumber were destroyed. A planning mill was saved by two employees who sprayed water on it. The loss was only partially covered by $22,000 worth of insurance.

Gilmer replaced his mill with a double-cutting band saw and a gang saw, advanced technology for the time. On October 3, 1899 this mill burned. Another $150,000 loss was only covered by $40,000. Gilmer would not rebuild in Orange.

He returned to the saw milling business in 1904 when he bought the Lemon Lumber Company at Lemonville. He built it into a mill with a capacity of 100,000 feet per day. When he exhausted his timber supply in north Orange County, he dismantled the mill and shipped the equipment to his other mills at Jasper and Remlig.

Mill hands at Remlig had a health and hospital insurance program that cost them $1 per month for single men and $1.50 for families. Daily “paychecks” were good at the commissary and once monthly the remaining “paychecks” were redeemed for cash. The Remlig mill remained in operation until 1925. By then the timber was gone and the mill was dismantled.

Sometime in 1905, Gilmer’s health began to fail. He went to New York for treatment of what was probably a pulmonary disease. He died there on July 30, 1906. He was buried in Evergreen Cemetery in Orange on August 5, 1906.

When he died, his estate was estimated in excess of $1,250,000, making him the second richest man in Orange. He still owned the two large sawmills at Lemonville and Remlig, worth in excess of $300,000 and 50,000 acres of timberland worth $15 an acre. His widow only survived him by a year. His estate was divided up equally among his heirs, however since the Alexander Gilmer Lumber Company sawmills were still in production it would be about 1925 before the estate could be totally liquidated.

Gilmer was an example of an American success story. He started with virtually nothing, built a business, suffered devastating losses of five sawmills by fire, and was able to rebuild and attain great wealth for the time.

He was a husband, father of nine children, and gave 50 years of service to Orange, employing at times as many as 300 citizens. He is honored with a Texas State Historical marker at his gravesite in Evergreen Cemetery.