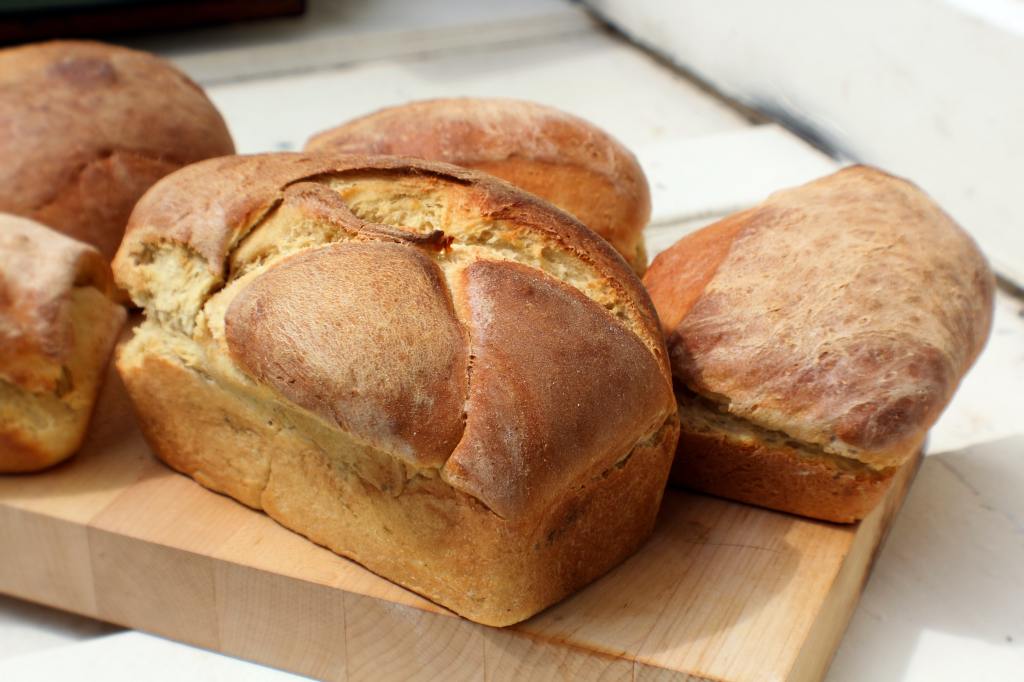 Baking bread is not easy—until it is. Every person I know who bakes bread will agree. If there’s someone out there who tried baking bread for the first time and it was a great success, I would like to hear about it because, in my experience, you have to bake a lot of bad bread before you bake anything close to edible. I was afraid Peter was about to find this out.

A lot of people are trying to bake bread these days. Our store is still low on yeast and was out of flour for weeks. I wonder how many bags of flour and bottles of yeast are sitting around unused after a first, disastrous attempt. I remember when I first decided to bake bread.

“I’m going to bake bread!” I announced. There was no one around to discourage me.

I don’t know how many loaves of terrible bread I baked. I lost count. I tried all sorts of recipes. I blamed the altitude and the flour and the yeast. Nothing worked. I kept producing these heavy, unappetizing loaves and the only thing that prevented me from giving them to the birds was my landlord, a portly man, who came by to chat almost every day. He would eat absolutely anything with enough butter and honey on it.

So, my landlord ate loaf after loaf of terrible bread until one day I tried the “No-Knead Bread,” which my brother-in-law recommended and, quite unexpectedly, I made edible bread for the first time.

This was more than ten years ago and, since that time, I have not experimented with another kind of bread. I will put nuts and raisins and cranberries and wheat bran in my bread on occasion, but the basic recipe remains the same because I figure I am lucky to have found one kind of bread I can manage.

Peter was inspired to bake bread because he remembered the bread his mother made when he was a child. The recipe was on a 3×5 index card she’d labeled, “My Good Bread.”

“Did she have bad bread?” I asked Peter.

“No. This is the only bread she made.”

I never met Peter’s mother. She died before Peter and I met. But other than giving birth to Peter, I’ve no reason to believe she had any superhuman abilities. I’m guessing she learned to bake bread like everyone else—she failed until she found something that worked for her. That’s why she called it “My Good Bread,” to differentiate it from the countless loaves of terrible bread that proceeded it.

And it was obvious she wrote the recipe for herself. There was no oven temperature given, no baking time, and the ingredients were arcane. I’ve never seen “cake yeast” in the store and I’d have to guess that “potato water” was water she had boiled potatoes in. She used a type of graham flour that, as far as Peter can determine, is no longer made. Still, Peter was optimistic.

A few hours later, the results were in.

“My bread is a failure!” Peter announced.

The bread was tasty enough, but it crumbled as soon as it was cut.

“Well,” I said, “you’ll just have to try again!” And I suspect Peter will.

Because there is a reason we bake bread.

It is frustrating and time-consuming and failure-prone. But, really, there is nothing in the world like a loaf of freshly baked bread.