Hope for Today: How to be thankful in America’s chaos 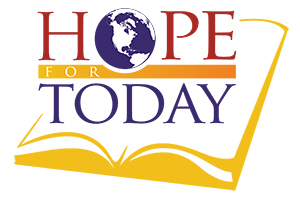 Clay Center, Kansas – The year 2020 will go down as probably one of the most cultural shaping years of the United States and world in recent times.  It began in January with retired NBA legend, Kobe Bryant’s sudden death.  News of his passing impacted the globe.  In February, President Donald Trump became the third President to be impeached by the U.S. House of Representatives.  In March, shutdowns began sweeping across the nation in an attempt to slow the Covid-19 pandemic, which has contributed to over 200,000 deaths in the United States and financial devastation for many.  In May, the killing of George Floyd set off a series of lawless riots in major cities for months.  In June, the Supreme Court ruled that the 1964 Civil Rights Act can be extended to offer controversial protections to lesbian, gay, transgender and bi-sexual people, which will have massive implications for churches and Christian run non-profits, businesses and schools.  And through all this upheaval there has been a tense and divisive political campaign season and presidential election.  Plus, we still have December to go and none of this includes what has been happening in your own life and family.

Anyone, no matter where they stand politically or religiously, can agree that 2020 has been incredibly stressful due to so many significant and difficult events.  Thanksgiving Day will be significant this year.  Let me ask you this, “How can we be thankful while in the midst of all this craziness?”

Read this carefully . . . the evidence of true and genuine thankfulness comes not in a season of plenty, but in a time of loss and heartache.  For that is when you look beyond the superficial and into the depths of what is truly important.  Pain has a sobering effect on us, often waking us up to questions that help come to terms with life’s greatest priorities.

In the Bible it is written, “Rejoice in the Lord always; again I will say, Rejoice” (Philippians 4:4).  The man who wrote those words penned them while imprisoned unjustly for doing good to others.

The people in our nation’s history that gave us the origins of Thanksgiving Day, understood this concept of true thanksgiving.  November 11, 1620, European Pilgrims, America’s new settlers, arrived on the shores of what eventually became Massachusetts.  According to an American history website, wallbuilders.com . . .

The harsh New England winter was already well underway. Having no homes or shelter of any kind when they landed, before spring arrived, half of the 100 settlers had died. But that first year also brought unexpected blessings as some of the Indians in the area who had learned English were willing to help the Pilgrims by showing them many things they needed to survive, including how to plant Indian crops such as corn, and how to hunt and fish in that area.

Out of the great blessing the native Americans showed the Pilgrims, came America’s first Thanksgiving.  While each of the Pilgrims had experienced awful tragedy, they were able to lift their eyes heavenward and truly give thanks and praise to the Lord God, who they worshiped, for the grace He showed them through friendship with the Indians.  They were able to find good in the face of pain and sorrow.

Where is the good in America right now?  Like the Pilgrims, lift your eyes heavenward to the Lord God.  Look beyond what you see physically to the unseen presence of a very real and holy God.  Long ago He sent His only Son, Jesus, who came to die and rise again for the sins of the world.  For sin is the cause of all that troubles our lives and world.  Our disobedience to God and the disobedience of others, has brought much evil and destruction upon us.  Yet, we are not left to ourselves.  In Jesus, God has given us hope.  We can be set free from our shackles of sin.  The weight can be lifted.  The darkness can be turned to light.  The chaos can be transformed into peace.  It is because of Jesus we can give thanks while the world falls apart around us.  Let not circumstances determine if there is something to be thankful for.  Turn to Christ.  Let Him change your heart, then see the world and your life like you have never seen it before.

A prayer for you – “Lord God, I pray for the one who is troubled by all he or she is walking through.  Open their eyes and heart to see you standing right there in the middle of the chaos.  Let them see you as a Savior.  Bring them to turn from their disobedience and seek you for forgiveness.  In your holy name, Amen.”