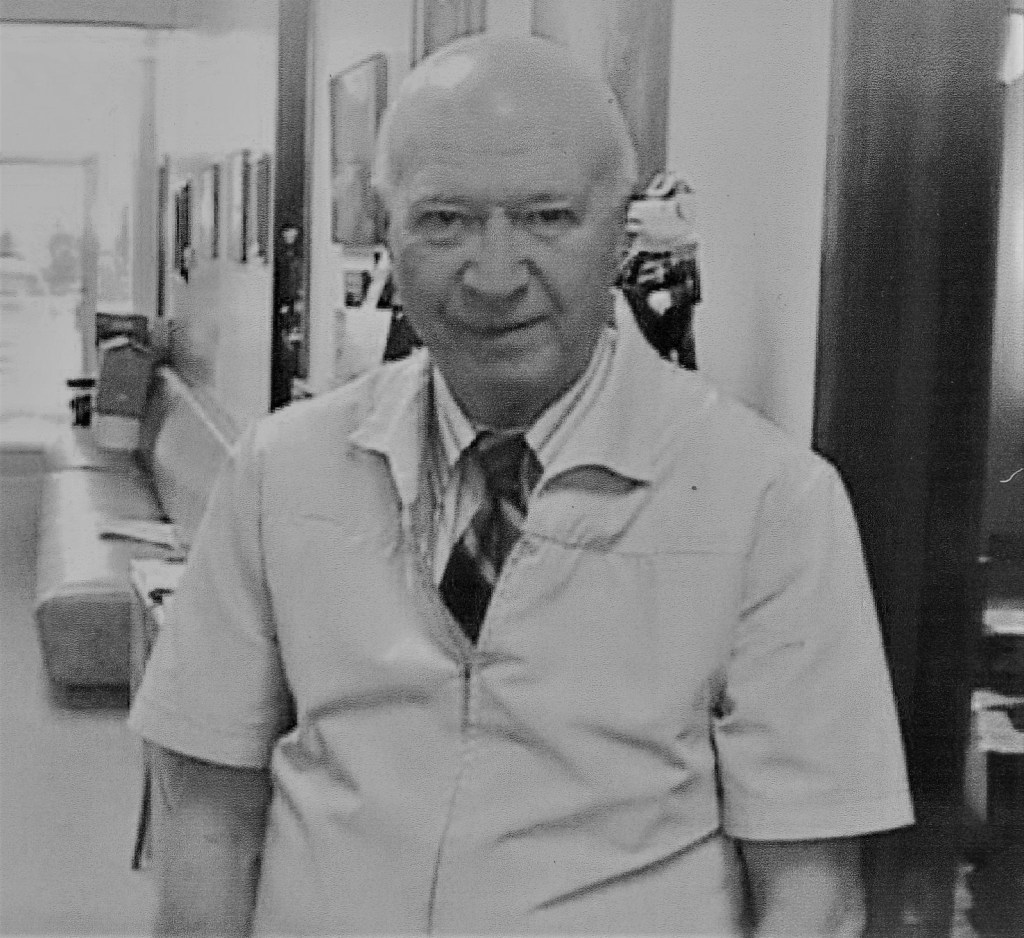 Dr. James Elton Lanier, O. D. passed away at his home on Monday, October 5, 2020.  The eldest son of Isaac Vernoid and Eleanor Bess Williams Lanier, he was born on August 10, 1925 at St. Mary’s Hospital in Port Arthur, Texas.

“Elton” and his brother “Bobby” were raised in Port Neches, Texas.  Their father, I. V., was the local watchmaker and jeweler, and their mother, Bess, raised chickens which garnished First Place awards at State Fairs and numerous competitions.  James graduated from Port Neches High School in 1943.

James served in the Navy during World War II from November, 1943 to May, 1946.  He remained stateside and was stationed at several bases in California and Texas, including the Orange Naval Base in Orange, Texas.

He completed degrees from Lamar College, Beaumont, TX and The University of Texas at Austin.  He received his Doctor of Optometry Degree from Northern Illinois College of Optometry (N. I. C. O.), Chicago, Illinois.  While in Chicago, Dr. Lanier worked for Sinclair which later merged with Atlantic Richfield.

James travelled globally to further his appreciation of arts and cultural passions.

In 1968, Dr. Lanier transferred closer to home to Houston, Texas working for an industrial company.  Remaining in the region, Dr. Lanier practiced Optometry for over thirty years, servicing T.S.O. clinics in Orange, Port Arthur and Beaumont, Texas.  He retired in 2005 due to the aftermath of hurricane Rita.

Per his request, no funeral service, but “just a few kind words.”  This compassionate gentleman lived what appeared to be a quiet life.  Being notoriously tardy was his trademark; however, James took every opportunity to view the world around him, and he expressed his concern for the plight of his fellow man.  However, beneath the shy exterior was an inquisitive and pensive individual who was interested in all facets of life from politics to family pets.  He was always generous and offered impactful wisdom.

A voracious reader, he frequented the Orange Public Library.  Understanding the importance of staying fit, he continued to go to his gym three days a week.  Being highly independent, he was quite proud that his Driver’s License was current at the age of 95!

He is preceded death by his parents, and his brother, Robert A. Lanier, New Orleans, LA.