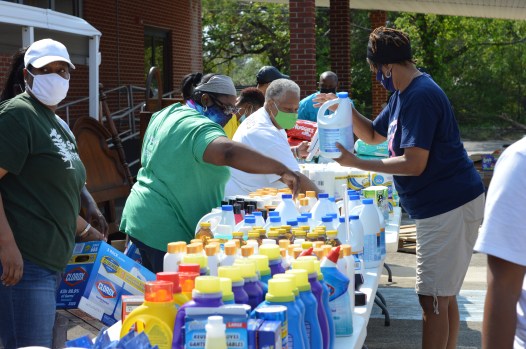 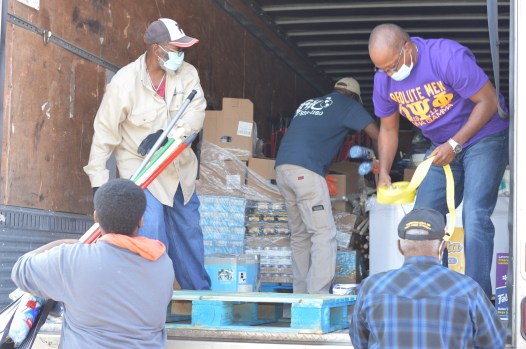 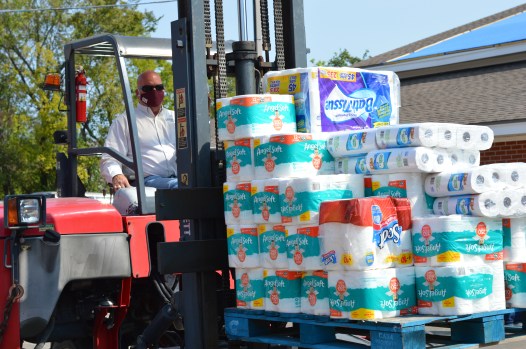 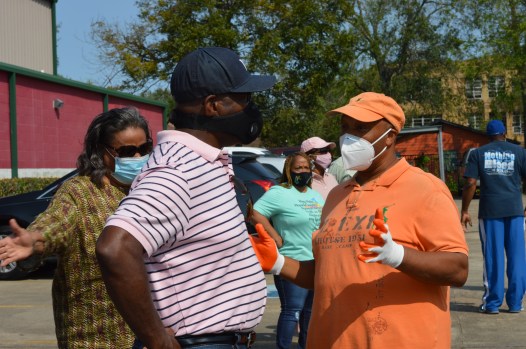 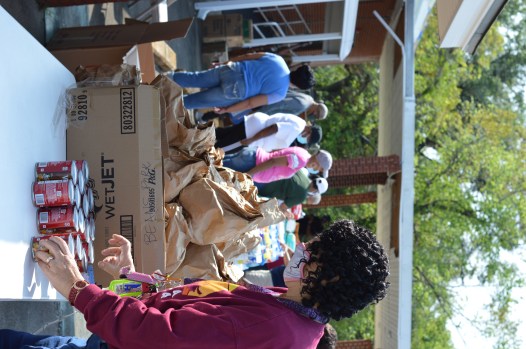 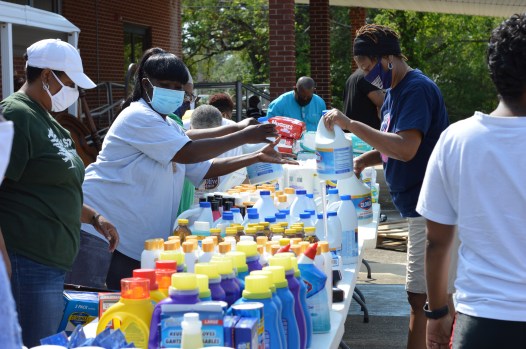 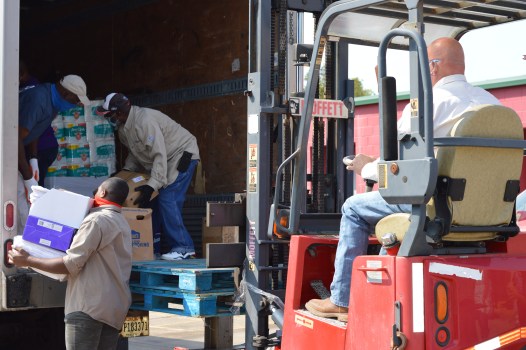 What does it profit, my brethren, if someone says he has faith but does not have works? Can faith save him? If a brother or sister is naked and destitute of daily food, and one of you says to them, “Depart in peace, be warmed and filled,” but you do not give them the things which are needed for the body, what does it profit? – James 2:14-26

A church in League City was studying the book of James during Bible Study as Hurricane Laura brought winds ripping off rooftops throughout Orange. Attending the church was Deacon Marcus Davis.

Davis saw the devastation on television and was moved to do something to help.

“I brought it to Pastor,” Davis said. “We were studying the Book of James and about faith without works. We wanted to reach out and help.”

The church began collecting nonperishables and sanitizing items when they realized the power outage would prevent them from doing the most good if they stayed with their original date of two weeks after the storm.

“We extended the date and it became a community wide event,” Davis said. “It went from a church effort to a community effort.”

With donations from stores, businesses and other individuals, the members of Greater Barbour’s Chapel Baptist Church knew they would need a bigger truck.

Ethel Shelton’s husband, retired from UPS, contacted the company concerning donating a truck so they could deliver the donated items.

“When the pastor brought us the idea, we got excited,” Shelton said. “There were donations from so many. A&A Machine Shop helped us get the truck loaded. So many local churches helped with donations.”

She added it was an opportunity for the church family to give back.

Mount Olive Baptist Church Reverend Ronnie Crockett told Greater Barbour’s Chapel Baptist Church Pastor Kenneth Cotton, “Thank you for what you are doing. You didn’t have to do it. Thank God. God Bless!”

Crockett knew a truck was arriving on Saturday but was expecting a flat bed truck.

“When I saw the UPS truck, I thought it was lost,” Crockett said. “It is an overwhelming feeling. This is the fourth storm and to be affected again, and then with COVID-19… to still have people recognize a need for people affected… to be touched by Christianity. To have friends like Childs to make the task easy.”

Among those on hand to unload the truck was Orange Council Member Brad Childs. He volunteered his time and a forklift to help the two churches organize prior to distributing the donations.

Pastor Kenneth Cotton said it is imperative to demonstrate the walk and not just talk.

“We have to be mindful at all times,” Cotton said. “But for the grace of God it could have been on our shores.”

Cotton said he saw the mayor walk to the podium on television.

“He gave thanks and praise to Jesus Christ there was not a loss of life,” Cotton said. “When the deacon approached me about a relief effort, I said to get the ball rolling.”

Cotton added the effort was not a church effort but a community effort.

Roy and Bette Byerly drove from League City to help distribute the items.

“My husband has relatives in the area,” Bette said. “It moved on his spirit to help. We are where we are supposed to be today.”

“We have a responsibility to Pay It Forward,” Roy said.

“It is about walking the talk,” Bette said. “Not just bring the load to help you but to lift the load.”

Mount Olive Baptist Church was selected because another member of the church had ties to Orange and grew up in the church, Diane Thibodeaux.

“This is home,” Thibodeaux said. “I want to do whatever I can to help Orange County community.”