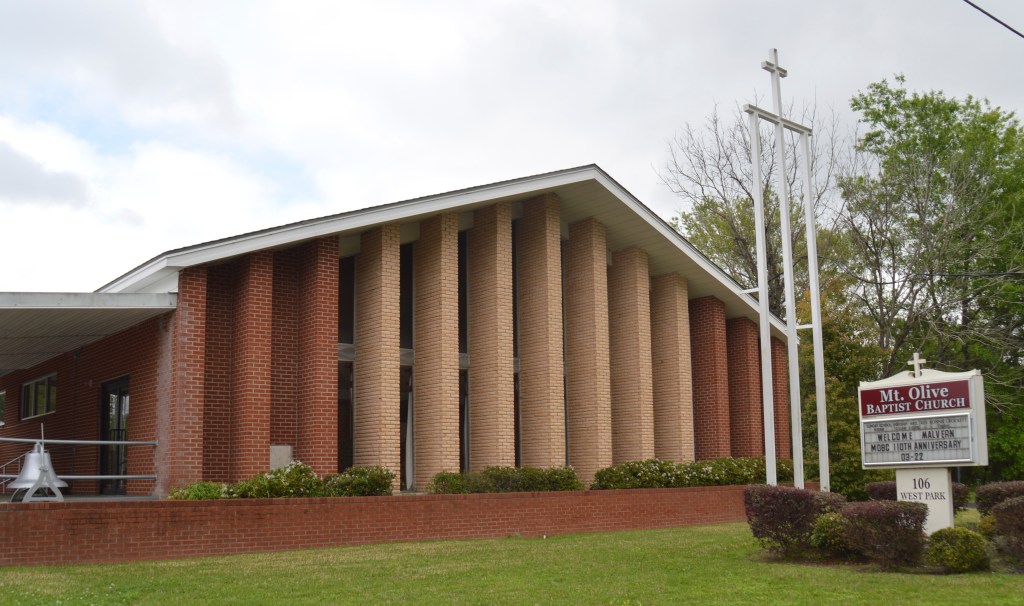 Dawn Burleigh/Orange Leader Mt. Olive Baptist Church is home of the Senior Gospel Choir which is celebrating 50 years of singing the praises of the Lord this weekend.

On the fourth Sunday in September, a choir is honored for their part in serving the Lord in song. This year marks 50th anniversary of the Senior Gospel Choir of Mount Olive Baptist Church located at 106 West Park Ave. in Orange.

“Although we have not been in our church in six months, we still have reason to rejoice and thank God for his many blessings,” a press release said about the anniversary.

The theme to honor the choir’s anniversary is Love.

“For God so loved the world that he gave his one and only Son, that whoever believes in him shall not perish but have eternal life.” John 3:16

The church asks the community to show this love by calling each other and wishing the choir a happy blessed anniversary.

“Congratulations to the chartered members. Special recognition tis given to Sister Mable Johnson, our oldest member that is 96 years old,” Sarah Richard said. “Thanks so much to Pastor Ronnie Crockett for his support and prayers.”

In 1969, members of the Senior Choir and the Gospel Choir began discussions on uniting the two as attendance was low for both. They felt if they merged it would benefit the church.

In 1970, it was decided the two officially merge to create one choir, the Senior-Gospel Choir. Brother Olen Cooper was elected the first president of the auxiliary. The following persons have served one or more years in the same capacity:

Each year, the choir sponsors an annual Red and White Tea on the second Sunday afternoon in February.

While one thinks of singing when they hear the word choir, this group contributes more than their musical notes.

The choir also minister to the sick and shut-ins as well as visiting those in nursing homes.

Other contributions they have made are:

A Baptistery, in a Baptist chapel, is a sunken receptacle used for baptism by total immersion.