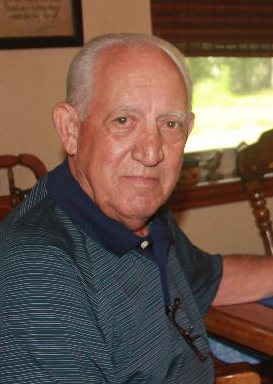 Ronnie Logan, a longtime resident of Orange, TX, passed away peacefully at his home on the 24th of August, 2020.

Ronnie was preceded in death by his parents Evelyn and Kenneth Logan.  He is survived by his son Ron (Rocky) Logan, Jr. of Kingwood, TX, daughter Kelly Murphy of Beaumont, TX, and sisters Carolyn Parker and Tena English of Mauriceville, TX.  He is also survived by his four grandchildren, Nicholas, Valerie, and Peyton Logan and Alexander Murphy, as well as nieces Renee Smith and Deidra Montagne and nephew Ricky Parker.

Ronnie was born in Gadsden, Alabama on June 14, 1934 and moved with his family to Orange as a young boy.  He graduated from Lutcher Stark High School in 1953 where he excelled at sports and was named the Stark High School Athlete of the Year as a Senior.  He was selected to the National High School All-American football team and went on to play football at Kilgore Junior College and the University of Houston.  Ronnie was also a US Army veteran, serving for two years as a Military Police Officer while stationed at Fort Dix, New Jersey.

Ronnie retired from Chevron Chemical Company in 1996 as a Technical Service Engineer after a 37 year career with Chevron and predecessor companies Gulf Oil and Spencer Chemical.  He was based in Orange for most of this time, but also lived in Parkersburg, West Virginia for several years while working in Marietta, Ohio.  Early in his career, Ronnie survived the tragic 1964 explosion of the Orange Spencer Chemical plant in which two of his co-workers were killed and numerous others were injured.  That experience forever influenced his careful attention to safety procedures and insistence on doing things the right way.

Ronnie enjoyed gardening and was an avid golfer.  He was a member of Sunset Grove Country Club for much of his life and played at over 100 different courses across the country.

A memorial celebrating Ronnie’s life will be held at a future date.

In lieu of flowers, the family asks those wishing to honor Ronnie to donate to the Alzheimer’s Association.  A Tribute Page to Ronnie can be found on the organization’s website at www.alz.org.