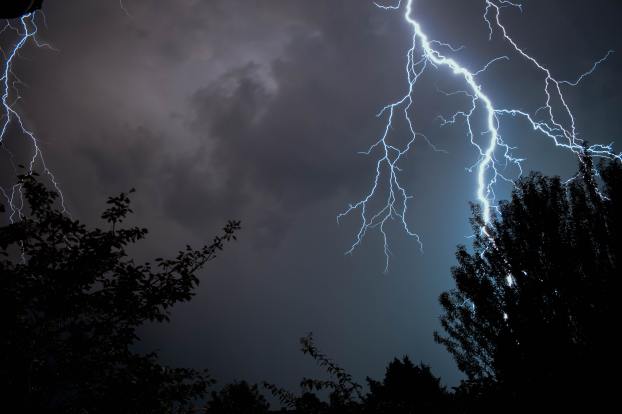 Photo by Jonas Kaiser on Unsplash

The Postscript: Walking during a summer storm

I was headed out for my daily hike. There was thunder in the distance.

“It’s getting lighter,” my husband, Peter, said. “I don’t think we’re going to get any rain.”

The air smelled like a storm to me, but what do I know? If my dog, Milo, were still alive I would have asked him. Milo would huddle in the corner of the kitchen when a thunderstorm approached.

“There’s no storm on the radar,” Peter would tell him. Milo didn’t care what the radar said. We called him, “Doppler Dog,” because if Milo was in the corner, bad weather was never far behind. But Milo is no longer with us and I was headed out on a hike.

“I don’t think you’ll need it,” Peter assured me.

It might be worth noting that both Peter and I grew up on the plains of the Midwest where you can see a storm coming from miles away and the weather is predicted accurately to within the quarter of an hour. We live in the mountains now and things are different.

I left the house without a hat and it started to rain before I’d even made it to the trail. That might have been a good time to turn around. I didn’t.

I go on my hike almost every day. I hike in the snow and the drizzle and the cold.

“There is no bad weather,” a naturalist in Alaska once told me, “only inappropriate clothing choices.” I like that.

So, when it started to rain, I wished I had my hat. But the weather was warm and, as Peter pointed out, it was getting lighter up ahead. Unfortunately, that’s not where the weather was coming from.

By the time I got to the trail, the rain was steady but it wasn’t cold. I started walking faster.

It was just as the trail goes into a ravine that the sky opened up. A sheet of rain fell and, in moments, I was as wet as it was possible to get. I was now going at a brisk trot.

It couldn’t have been more than five minutes later that the sky crackled with lightning. I have never had thunder crash so close overhead in my life. My hair would have stood on end if it hadn’t been plastered to my head. The lightning and thunder were simultaneous, so I figured I had walked smack-dab into the middle of a summer storm.

The rain was now coming down in buckets and the entire trail had become a swiftly flowing stream. I needed my hiking poles to hop along the newly formed riverbank—jumping from one rock to another, my boots filled with water, my eyes stinging from the rain—and all I could think was, “Oh my gosh, it’s good to be alive!”

By the time I was headed home, the rain started to slow. It came to a stop about a half-mile from home. I noticed the puddles getting smaller until the ground was nearly dry.

Peter was surprised when I got home. “You sure hiked fast today!” He had no idea what had been happening just a couple of miles away. At our house, it had hardly rained.

I got in a hot bath and, as I washed the mud off my legs, I knew I would never have gone on that hike if I’d known how bad it would get.

And I was so glad I hadn’t missed it. 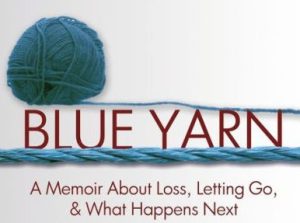