The Postscript: At Hummingbird Curfew, all changes 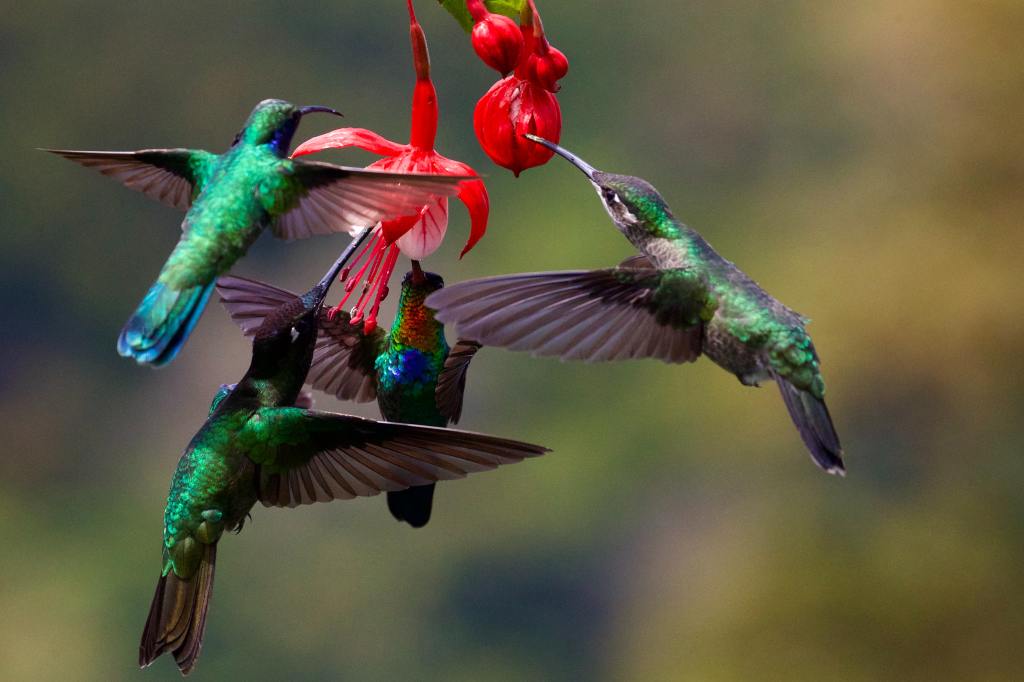 Photo by James Wainscoat on Unsplash

My husband, Peter, is fascinated by hummingbirds.

This year has been a difficult year for hummingbird watching as there has been a lot of competition at the feeder. First, the ants wouldn’t leave it alone. Then a bear smashed the feeder to bits. Right after Peter replaced the feeder, wasps found it. Peter gave up for a while and took the feeder down, replacing it with a fancy wasp trap that worked surprisingly well. Wasps were lining up to commit suicide in this hive-shaped contraption that Peter filled with sweet liquid. I had to conclude that wasps are not very smart.

“Oh look! There are 200 of my dead companions all gathered together! This must be a great place to eat!”

Once the wasps were thinned out, the hummingbird feeder went back up, just in time for the annual migration of the “Rufous” hummingbirds. This is always an exciting time for Peter.

The Rufous is not a nice hummingbird—and I don’t think hummingbirds are nice to begin with.

“If hummingbirds were ten times bigger, we would hate them!” I tell Peter. He can’t disagree. From my highly unscientific observations, I would estimate that hummingbirds spend one-tenth of their time eating and the other nine-tenths trying to prevent other hummingbirds from eating.

The Rufous is even worse. The Rufous is marginally bigger than the other hummingbirds so, when they move in, they act like the Jets in “West Side Story”—except they don’t even get along with one another. The Rufous snaps open its tailfeathers like a switchblade to scare the other birds away.

“I’m a big, bad bird!” the Rufous says, fanning its orange tail and looking tough. No one seems to get any eating done. It’s just a lot of posturing and fighting.

“Hummingbirds are dumb!” I tell Peter.

We have a long wire strung from our neighbors’ shed to our house that we hang lights from. I would estimate there is room for 3,000 hummingbirds on that strand of wire but, according to hummingbird logic, more than one hummingbird on the line at a time is a crowd. They fight like mad for one particular spot on the wire while the rest of the space sits vacant.

“Hummingbirds are selfish!” I tell Peter.

“Yeah, but they’re acrobatic!” Peter says, watching them dip and dive to drive one another off the wire.

I’m sure someone smarter than me could explain what sort of evolutionary advantage all this fighting over nothing accomplishes. It seems utterly pointless. But, perhaps that’s how all fighting seems when looking at another species.

It is only as the sun is setting that the hummingbirds set aside their antisocial games. They seem to realize that if they are going to get anything to eat, they are going to have to do it before it gets dark. All the bravado and all the squabbling ends in the last moments of the day when they finally get down to business and take care of themselves.

For this brief period, right before hummingbird curfew, the hummingbirds forget their differences and sit together at the feeder—nine at a time, side by side—and suck down the nectar they will need to make it through the night.

I think I know just how they feel.