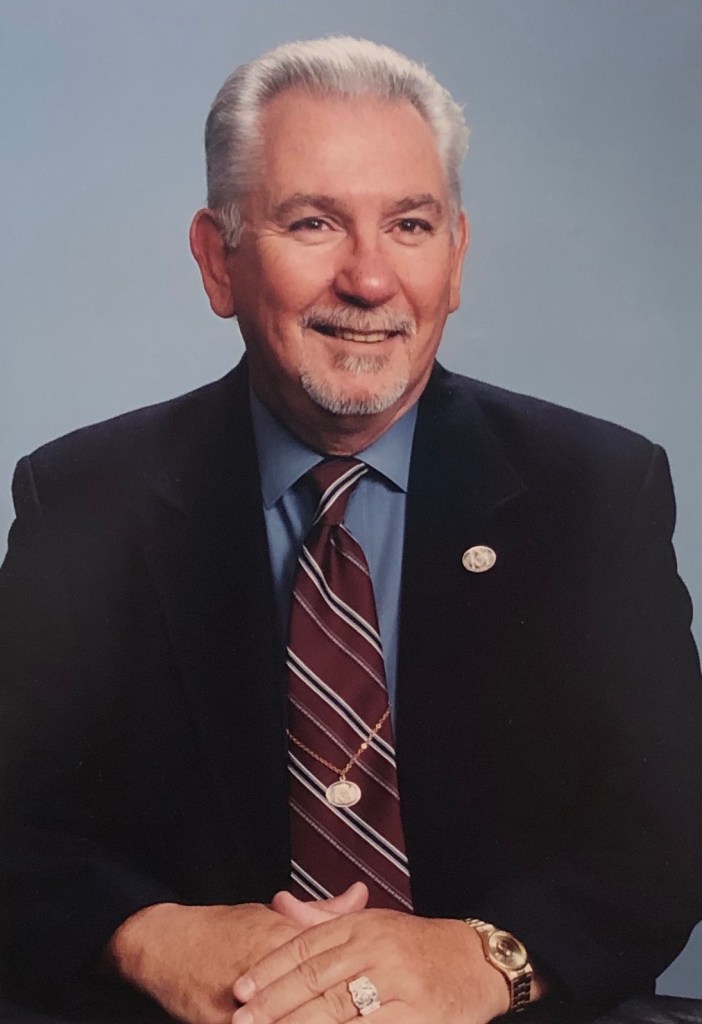 Funeral services will be 10:00 a.m., Friday, July 17, 2020, at Claybar Funeral Home in Orange. Officiating will be Pastor Gerard Little of Emmanuel Baptist Church. Burial will follow at Autumn Oaks Memorial Park in Orange.

Born in Amarillo, Texas, on December 13, 1939, he was the son of Isaac Joseph Khoury and Iris Dené (Sanders) Khoury. Sam was a longtime member of Wesley United Methodist Church. He worked diligently as a Supervisor for American Bridge/United Steel for 27 years. Sam was a proud Veteran of the United States Marine Corps. He was a dedicated Board Member at Shriners Orthopedic Hospital in Houston. He also volunteered to drive children to their appointments at the Burn Center in Houston. Sam was a Past President of Shriner Association of Texas, Past Potentate of El Mina Shriners, and Past Master of Orange’s Madison Lodge 126, AF & AM and also a member of Tutonia Masonic Lodge No. 47. He was also the Past President of Orange Shrine Club. He was a member of the Kart Patrol, and the Oriental Band. He was also a member of Galveston Scottish Rite and an associate member of Lake Charles’ Habibi Shriners. He was a member of Little Cypress Lions Club and the Jaycee’s. He was a coach and umpire for Little League Football and Baseball. He served as Past President of American Bridge Bass Club. He was a member of the VFW, and American Legion. Sam headed up the award-winning barbeque team ‘35th Degree’. Of all the amazing things Sam did and accomplished he considered being a devoted father and grandfather his greatest achievement.

The family would like to extend a special thank you to his pastor Randy Branch for the constant and endearing support and love he showed to Sam without fail.