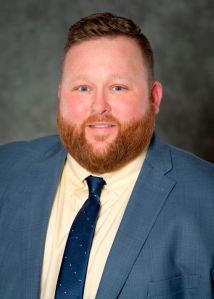 Timothy (TJ) Reed has been named as Junior High Principal. Reed is an Orangefield High School graduate. For the last two years he has served as the junior high assistant principal. Reed has several years of experience coaching football, basketball, and tennis. Also, he has been the junior high boy’s athletic coordinator and inclusion teacher.

Reed has been with the District five years and he has 14 total years in education.

Jonathan “Luke” McFarlane has been named Elementary Assistant Principal. McFarlane has taught biology at Orangefield High School for nine years and has a total of 13 years of experience in education. He has coached football and baseball.

McFarlane attended East Texas Baptist University where he played baseball for the Tigers. He is married to Staci and they have two children.