And Now You Know: The Little Dixie Bell was a machine with a history 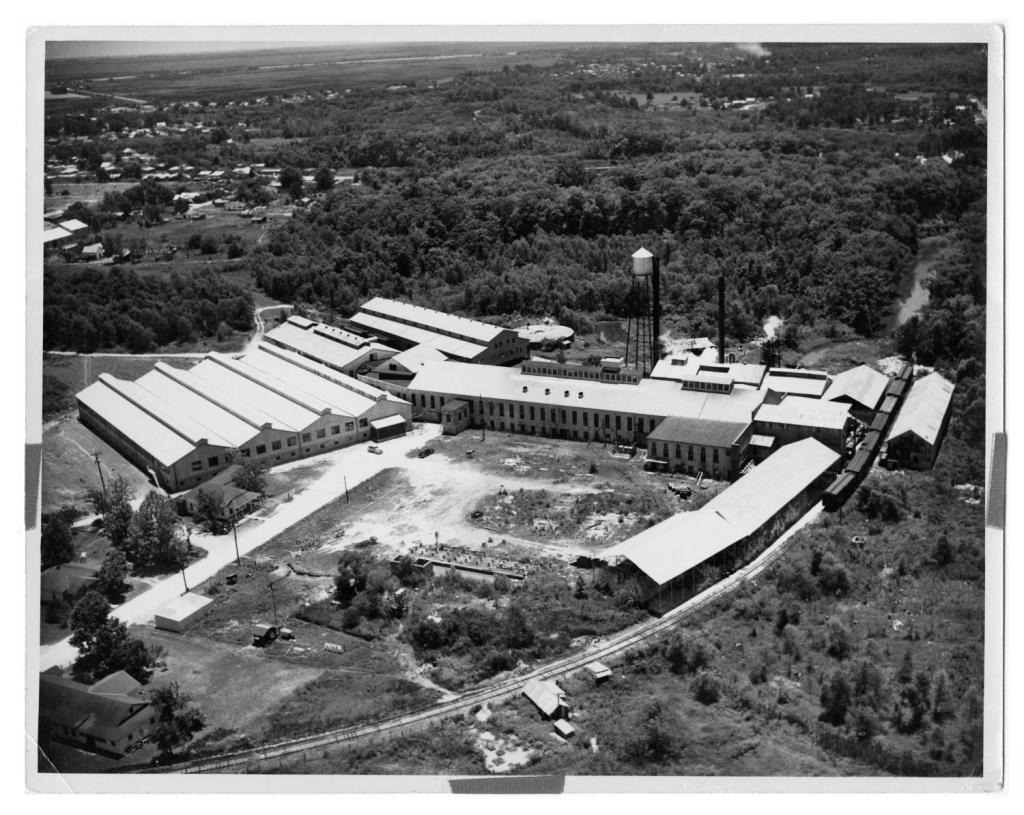 Photograph of the aerial view of Equitable Bag Co. There are Several buildings near railroad tracks, a water tower and trees. There are other buildings in the distance and two automobiles parked in front of the facility. Source: https://texashistory.unt.edu/ark:/67531/metapth37301/

If there was ever a machine that should have been able to talk, it was the one nicknamed “The Little Dixie Bell”. “The Bell” had a unique history.

The “Little Dixie Bell” was the only machine that the Confederate government had to print paper on for their government documents and money.

The government needed paper and it was only available from Europe. The blockade of Confederate ports made getting paper quite a problem. The paper production facility was in Atlanta, Georgia.

The mill workers nicknamed their machine “The Little Dixie Bell”, they were proud of the machine and its ability to produce paper products.

The “Bell” sat idle for about 20 years scorched and blackened by Sherman’s fire until she was purchased by a group of Englishmen. They moved the machine to a plant they built in the Everglades. The group had built a plant where they planned to make paper from the roots of palmetto plants. The idea was a failure and the plant closed. A forest fire consumed the plant and the “Bell” was burned a second time.

Eventually, the Equitable Bag and Paper Company bought the paper mill in Orange. In the mid-1930s, the “Bell” was taken to

Orange and installed in the mill there. She was put into service making specialty paper.

In 1975, the machine was over 100 years old and still in service.  A retired DryTex Paper Company employee, Carl Plumes, was spending some of his retirement time researching paper mills and mill machinery. He traveled from Georgia to Orange to observe the “Bell” in operation. After his visit to Orange, he wrote an article about the machine in the DryTex Challenger, a paper industry magazine, about the history of the machine.

“The Little Dixie Bell” was producing paper at a rate of 800 feet per minute, 1.2 tons of paper per hour. It was a brilliant red bag paper.

She ran at the mill in Orange for nearly 90 years until the mill closed. It was a small mill by industry standards and was not longer able to compete profitably.

The mill and the “Bell” stood idle for over 10 years. There were hopes it would be bought, but no one wanted the small mill.

In 2003, a massive fire occurred at the closed mill. This fire was much more severe than the other two fires the “Bell” had been through. The flammable gasses and combustible materials in the mill caused a hotter fire that lasted much longer than the other fires. Heavy roof trusses gave way and fell on the machine.

When the debris was cleared in 2004, the machine was still standing. She was blackened and some of her frame had been broken.

There was some discussion by the Orange Historical Commission to have the machine salvaged and moved to another location. Before that could happen, salvage machinery hit the machine and caused the ornate framework to break. Then the jaws of another machine grabbed the “Bell” and caused even more damage as the pieces were loaded into a dumpster.

A few pieces were salvaged with the hope that someday they can be restored and placed in a local museum.